How does the Ukrainian crisis affect Libya? 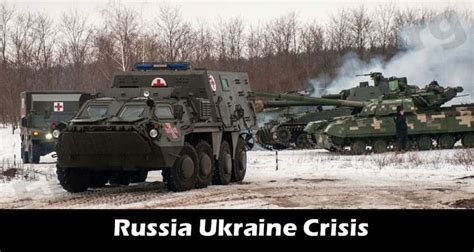 
Russia has started a military operation in Ukraine despite Western warnings from the European Union and the threat to impose sanctions on Moscow that the world does not want a war at this time, but Russia turned with missile strikes and explosions in the Ukrainian capital, Kiev, and other cities, many people were killed.
Ukrainian President Volodymyr Zelensky called on the National Security and Defense Council to declare martial law inside Ukraine in response to the "Russian invasion" that caused the displacement of many citizens outside the country and the situation in Ukraine became dark.

After that, there was a tremor in the stock exchange, gold, and oil, the effect on the world became, in how to import oil. The researchers explained that it is necessary to search for alternative sources such as Libya, as Libya is among the list of potential energy sources for export to Europe and it represents an alternative to Russian gas after the invasion of Ukraine.

Now it is possible to reconsider Libya and its strategic location, as the gas reserves in Libya have made it a strong role after the war between Russia and Ukraine. Libya is one of the suppliers to Europe and for this reason; Europe intervened in 2011 through NATO to control the state to take its investment. But there are internal interferences from the forces of the former regime to control the oil, as the government stops supplying oil with about 300,000 barrels per day.

On the other hand, Europe considers that Libyan gas is an important part of Europe's supplies through the Green Stream, and there is the 520-kilometer pipeline that connects Libya with Italy and is one of the most important sources for Europe.

The Libyan crisis over the past years from 2011 until now witnessed great interest on the part of Europe and America, as the western trend was hoping for political stability through elections in 2021, but internal differences stopped this, but Europe is trying to achieve stability due to the presence of serious issues such as immigration and terrorism.

But the European interest in the Libyan crisis differs from one country to another. For example, Italy is the most affected because Libya is located on the fourth coast of the peninsula, which is a strategic area for Italy and results in oil smuggling and illegal immigration. As for France, it wants to exercise its influence and wants to control the state, in an attempt to set up future companies. While other countries such as Germany, England, the United States, Norway, and Turkey claim that Libya is part of the Mediterranean file that they want to control, other interests of control are Russia that supplies Libya with militias in an attempt not to reach democracy. Where the relationship between Libya and Russia began in 2015, as Russia wants to expand in the Middle East, through Libya. Haftar continued with Moscow to obtain support and promised in return to give Russia energy agreements and access to the ports it aspires to.

In return, he began providing military advice to the Haftar government in Tobruk from Russia. In January 2017, he was invited to tour a Russian aircraft carrier, and Moscow transported dozens of Haftar's wounded soldiers to Russia for treatment with the emergence of an increased presence of Russian trainers and private military groups in Libya and the emergence of militias, under the pretext of protecting oil assets. The joint Libyan and Russian oil and gas project with operations in Benghazi and relations with the Sarraj government also changed.

In the end, we find that the crisis between Russia and Ukraine may open the way to Libya because Europe will be more concerned with the conflict than with the Libyan file, but, in the event that the political situation in Ukraine develops and Europe is preoccupied with the situation, imposing sanctions on Russia and preventing gas from Europe.

Europe may turn to consider the production of Libyan gas and its replacement from Russia, now, Libya has become more necessary than ever for Europe, and Europe must try to stabilize the political situation and speed up the upcoming elections until Libya signs agreements with Europe on gas and oil, restore stability to the Libyan economy, and create Economic balance in the western region.
By Miral Sabry Al Ashry
Vice Dean for Community Service and Environmental Development Future University (FUE), Political Mass Media Department. Journalist at: www.eurasiareview.com
Tags: Ukraine Russia Europe MENA
Share on Facebook
Share on Twitter
Share by E-Mail
Share on WhatsApp
Share on Telegram
Top stories
Mozambique Might Require Foreign Military Assistance To Clean Up Its Hybrid War Mess
Russia-Africa Summit: The Roadmap to Africa, Shift in Geopolitical Relations
China and Russia Launch a ‘Global Resistance Economy’
Why South Africa Should Embrace Pakistan’s “Look Africa” Policy
News
powered by Surfing Waves