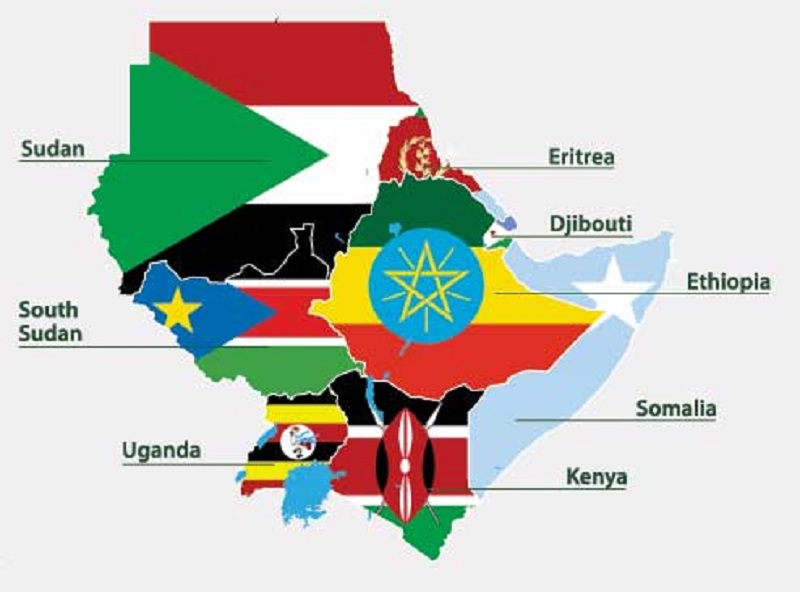 IGAD's Chinese-backed infrastructure projects will eventually create a regional version of Beijing's vision for a Community of Common Destiny, one of the central philosophical tenets behind BRI.

The Lamu Port-South Sudan-Ethiopian (LAPSSET) Transport Corridor in the northeastern Kenyan port of the same name received its first ships last Thursday. The project hasn't yet been fully completed but is nonetheless finally operational. China is responsible for its construction and considers it to be a major Belt & Road Initiative (BRI) investment in East Africa. The LAPSSET Corridor will connect those three countries and help relieve congestion along the Nairobi-Mombasa one. Speaking of which, China completed Kenya's Standard Gauge Railway (SGR) extending between the capital city and its host country's main port a few years back in 2017.

There's more to China's BRI plans for East Africa than just those two infrastructure projects, however. China also completed the Addis Ababa-Djibouti Railway between the Ethiopian capital and its neighboring gateway to the Red Sea in 2018. In addition, China reached a deal earlier this week with Uganda to rehabilitate a century-old railway between its capital of Kampala and the Kenyan border. Although not a formal extension of the SGR like was originally planned, it'll nevertheless de facto fulfill the same purpose of facilitating Ugandan exports to the wider world through Mombasa Port.

The end result is that China is gradually connecting the countries of East Africa closer together. Three of them – Kenya, South Sudan, and Uganda – are part of the East African Community (EAC), a regional trade bloc that aspires to more closely integrate along the lines of the EU sometime in the coming future. Ethiopia isn't part of that bloc, but all four countries comprise the Intergovernmental Authority on Development (IGAD) which also includes Eritrea, Somalia, and Sudan. It can therefore be said that China's recent Silk Road efforts are concentrated in the broader IGAD region instead of just the EAC.

This part of Africa is regarded by many observers as among the most economically promising and stable, barring few exceptions like South Sudan and Somalia. Even so, those two have recently stabilized in their own way as a result of political compromises between warring parties. LAPSSET will certainly help bring more developmental opportunities and employment to the former while the latter is a peninsular country with plenty of opportunities to trade with the rest of the world as it is. Concentrating on LAPSSET though, it also serves other strategic purposes than simply providing South Sudan with a corridor to the sea.

Ethiopia is the regional giant with the second largest population on the continent. It has practically infinite developmental promise and previously recorded some of the world's highest growth levels up until COVID-19 caused the current global economic crisis. A country with such potential understandably wants to diversify its trade routes and not be dependent on any single corridor. This explains the pragmatism behind LAPSSET since it serves that purpose by complementing Ethiopia's other Chinese-constructed gateway to the Red Sea, the Addis Ababa-Djibouti Railway.

IGAD's Chinese-backed infrastructure projects will eventually create a regional version of Beijing's vision for a Community of Common Destiny, one of the central philosophical tenets behind BRI. Regional integration is one of the top trends of the 21st century, but it requires significant capital investment in most Global South cases as well as the proper expertise to construct the requisite infrastructure there. China provides both no-strings-attached loans and highly qualified labor in order to achieve this, thereby fulfilling its responsibility to the Global South as the world's largest developing nation.

Since IGAD can be regarded as an extension of the Indian Ocean Region (IOR) due to its geography, it can be said that such Chinese investments are playing a crucial role in integrating this increasingly strategic space within which many observers predict most 21st-century trends will converge. South-South cooperation through LAPSSET and its regional sister projects provides an excellent example of China's new model of international development. It treats partners as equals and not as subordinates like the US does, provides no-strings-attached loans unlike conditional American ones, and results in win-win outcomes instead of zero-sum games.