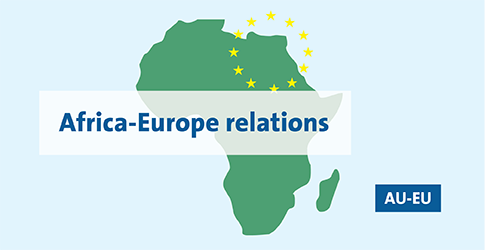 In Africa, we have the paradox that 6 out of 10 of the most quickly growing countries, most dynamic economies are African economies but at the same time, 36 most vulnerable countries are also in Africa. It is a very heterogeneous continent. And all countries will be affected but for most, if we do not give debt relief, and I mean much more than just freezing payments, we are going to go into a crisis of external debt, and this we cannot afford.


The future of the European partnership with Africa matters and it is something that we can really shape together through common choices. The time is over when we said ‘We have a strategy for Africa’, now we say ‘we share a common strategy, the African and the Europeans, all together’.

This year I have been twice to the African continent. I intended to go to North African countries and to Sahel countries which are in trouble. We visited the African Union in Ethiopia, together with my colleague Commissioner Lenar?i?, and handed over a third and large batch of 1.4 million COVID-19 test kits to the African Centre for Disease Control. It was a concrete and visible example of European solidarity in our joint fight against this common enemy.

In total, over €8 billion have been mobilised for Sub-Saharan Africa by the European Union and its Member States through our ‘Team Europe’ approach. I know it is far from what is needed, but it has been difficult for us just at the moment when we are reaching the last months or weeks of our financial perspective and the resources are ending. Let us hope that the next financial perspective will give more resources and capabilities to continue engaging with Africa.

We have to reinforce our capacities of working together to overcome this crisis. For starters, we have to talk about debt relief, and not just about freezing debt payments. We have to go further and it has to be agreed. This will require the international mobilisation, including China, to play a full role at the level of the international community.

In Africa, we have the paradox that 6 out of 10 of the most quickly growing countries, most dynamic economies are African economies but at the same time, 36 most vulnerable countries are also in Africa. It is a very heterogeneous continent. And all countries will be affected but for most, if we do not give debt relief, and I mean much more than just freezing payments, we are going to go into a crisis of external debt, and this we cannot afford. That is why we are calling upon the European Union for an international effort of debt relief for the most vulnerable countries.

But we also have to look at after the pandemic. One day the pandemic will be over, as all pandemics in human history do. I was in Addis and I had a long discussion with our partners on how we can step up our partnership, making it more ambitious and more political, more geared towards the future. Africa is a young and dynamic continent. We look at Africa most of the time through the lens of migration. And we look at that as a danger. But Africa is much more than migrants going towards Europe, in fact the most important part of migration takes place inside the African countries themselves. Migration is an intra-African dynamic and we have to help some of the countries who receive the most important part of this migration to be able to cope with it.

Things are changing in Africa. People are much more self-confident, they believe more in their future. The young people are much better prepared, and if we want to work together with Africa to promote growth on both continents, this growth has to be more green, more digital and mainly more equal. I know that when you talk about green and digital in a refugee’s camp in the Somalian border is a little bit strange, because for these people green and digital does not mean the same thing than for us.

But it is not a luxury, it is not a top-up coming from the Western world. We need to make Africa engage on the new wave of economic development, leaping forward, maybe jumping one of the stages of development. They do not need to go step by step in the same way that we did. You can leap forward and go directly to the next dynamics that the digital revolution is willing to create.

We also need to take into account the big potential of Africa on renewables. Hydrogen, solar, wind, hydro. Africa has everything in order to engage with the green revolution.

And also the enterprises, the role of young people and women is going to be very important. Africa is a young continent. It has one of the rare resources in the world: young people. Here in Europe young people is a rare resource, because we do not reproduce ourselves and we need migration. Despite of everything, we need to accept in our social fabric people coming from Africa. You cannot separate at the same time, people and the product they produce. One thing or another. We have to look for this complementarity.

In the digital field we see that Africa has a number of very exciting entrepreneurs, also on green technologies. There are enormous opportunities -as I said- in solar, biomass, hydroelectricity. Just imagine the incredible potential rivers in Africa have. We have to support this initiative and bring them to scale.

The European Union Green Deal that we are promoting worldwide is not a hidden form of protectionism. Sometimes it can be perceived as this, “come one, you talk about green, but in fact what you want is to put a stop to our production”. No, it is not about this. It should be perceived as a new model of economic growth, more sustainable and designed to turn climate and environmental challenges into opportunities, trying to do it in a just and inclusive way.

Our wider goal is to support Africa to avoid some of our past mistakes. We did a lot [of mistakes] and we cannot afford that the African development would be just a repetition step by step of the same path that we have been following. No. Fighting poverty, improving the quality of life while protecting the planet. This is the real challenge.

Allow me to make a couple of last final points.

First, in the world at large there is a battle of narratives and socioeconomic systems fighting each other to show the people who is the most performant, who is best one in order to be able to face the challenges of the 21st century. And a big strategic question is: what future model of society will Africa choose? One based on sustainable development, solidarity and human rights or a more authoritarian model? And about it, there is a big battle of narratives, trying to present these rival systems as the best one and “look, as a result I am fighting this pandemic” each one will claim.

Europe and Africa have more than 40% of the United Nations membership. Our collective weight is real and can change the course of action at the global level.
This coming year should be the African year for the European Union. The virus has delayed it - it was supposed to be the 2020 - it will be 2021. We have to engage more with African people, civil society, NGOs, not only with Governments, but with the rich and dynamic society that Africa presents to the world. Not being afraid of what some people call the “demographic boom” of Africa. It is a source of opportunities for all of us and this has to be done through a shared partnership. This is part of my job, I will do my best.