What Would Happen to the World Without the United States? 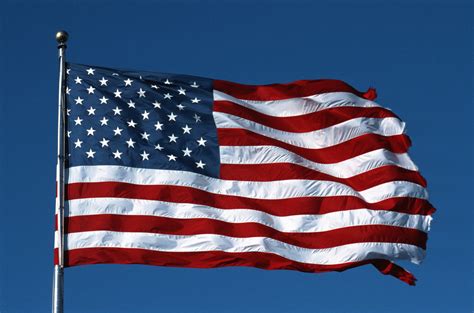 Would NATO be able to survive in a world without the United States? Theoretically, yes, but only if the European great powers—the United Kingdom, Germany and France—put the maximum political, economic and military effort into it. The remaining countries in the bloc will have to increase their defence contributions by more than the two per cent on which Washington insists today to some four or five per cent.


The United States is often referred to as an “indispensable nation.” The term was first used in January 1997 by President Bill Clinton during his second inaugural address. Madeleine Albright would mention it in her speeches and writings on numerous occasions after that. The underlying idea of “indispensability” here is that it suggests it would simply be impossible to maintain even relative order in the world—let alone resolve fundamental global and regional issues—without the United States. It is likely no coincidence that the coinage came about and gained traction at a time when we were living in an almost completely “unipolar” world, when U.S. influence and authority around the globe had risen to never-before-seen heights over an incredibly short period of time.

But let us take a moment and think about it: Just how indispensable is the United States today as we live through the rapidly evolving world of the 2020s? To answer this question, I propose a thought experiment: imagine if tomorrow, due to some circumstances within the country, the United States were to completely depart from world politics, break all the international agreements to which Washington is a party, renounce all the obligations the country has undertaken, withdraw from all global and regional organizations, close the borders, shut down the embassies and consulates, freeze immigration and put all communication with the outside world on hold until things are looking better, focusing all its attention on building its biblical “shining city upon a hill”.

What would happen to the world if the United States were erased from the map?

To begin with, there would only be one nuclear superpower left in the world, and that would be Russia. Accordingly, the last foundations of bilateral U.S.–Russia strategic arms control will collapse. It is unlikely that other nuclear powers would be particularly interested in entering into negotiations with Moscow on nuclear weapons, as the gap between Russia and all the other players is simply too great. It is even less likely that Moscow will agree to relinquish its unique nuclear advantage over the rest of the world. However, unconditional nuclear superiority does not automatically mean that Moscow would be able to freely dictate its will in global politics. The nuclear arsenals of other countries would continue to be effective deterrence instruments, and a war between the members of the “nuclear club” would be just as implausible as it is today.

That said, nuclear proliferation is likely to significantly aggravate. In the absence of the “extended deterrence” of the United States, many of its former allies and partners would think about acquiring nuclear weapons of their own. This primarily implies countries in East Asia (Japan, South Korea and Taiwan) and the Middle East (Saudi Arabia, Turkey and Egypt). The idea of building up a nuclear arsenal may also take hold in Germany. Some five or six new nuclear powers could appear in short order.

While it is unlikely that nuclear proliferation in East Asia would lead to a sharp escalation of military and political risks, the emergence of new nuclear states in the Middle East would be fraught with dire consequences—both for the region and for the international community as a whole. That said, we should acknowledge that the threat of nuclear proliferation exists even today, and this can in large part be put down to the approach of the United States to resolving issues related to the Iranian nuclear programme.

Would NATO be able to survive in a world without the United States? Theoretically, yes, but only if the European great powers—the United Kingdom, Germany and France—put the maximum political, economic and military effort into it. The remaining countries in the bloc will have to increase their defence contributions by more than the two per cent on which Washington insists today to some four or five per cent. Even this, though, would not offset the losses that NATO would incur as a result of the U.S. withdrawal. Without American leadership, NATO would likely turn into a regional military and political instrument of the European Union—while London’s role in the organization would be unclear seeing as it is no longer in the EU—and NATO would have a far more modest role in world affairs than it has today. Without the United States, it is unlikely that NATO would continue to pursue its current global ambitions, and the remaining members may be rather reluctant to endlessly expand the organization’s zone of geographic responsibility.

In a world without the United States, China would almost automatically become the undisputed leader in global technology. Although Europe, Japan, India and Southeast Asian nations would likely have greater incentive to join forces to challenge China’s hegemony in this area. With this in mind, it is hard to say whether it would be possible to create a global technological ecosystem that would be independent of Beijing without the United States. This would largely depend on how rigid or flexible Beijing’s hegemony would actually turn out to be as well as on the extent to which China would manage to avoid monopolizing the new technologies that are fundamental to the global community at large.

The euro would inevitably become the main reserve currency once the dollar exits the global financial system. The Chinese yuan is not entirely convertible, which means that it would be a long time before China could compete with the European Union in the financial sphere. Other global currencies—such as the British pound, the Japanese yen and the Swiss franc—could gain in importance. European and Asian financial centres (London, Frankfurt, Shanghai, Singapore, etc.) would receive additional powerful incentives for development.

International financial institutions (the International Bank for Reconstruction and Development and the International Monetary Fund), where the United States has traditionally played a leading role, would undergo sweeping—and likely very painful—reforms. As a sidenote, we shall argue that the United Nations would also suffer a profound institutional crisis, losing both its current headquarters in New York and approximately 22 per cent of its base budget, as well as the U.S. contributions to individual UN departments and programmes. The Arctic Council would suffer less, as the American sector of the Arctic is far smaller than that of Russia and Canada. What is more, the United States has not yet ratified the United Nations Convention on the Law of the Sea, which somewhat complicates Washington’s position in the Arctic Council.

The absence of the United States on the world’s energy markets could lead to a temporary revival of OPEC and a strengthening of Russia’s positions. The “green” and “shale” revolutions will continue unabated, however. Washington’s departure from the global arms and foodstuff markets would also result in a significant restructuring of these markets. Even with the joint efforts of the remaining players, the gap left by the United States in the arms market would be extremely difficult to fill.

With Hollywood no longer the centre of the global film industry, cities that used to hold that position—primarily Paris and Rome—would have the chance to revive their former cinematic glory. However, European filmmakers would face tough competition on the global entertainment market from filmmakers of Indian and, in particular, Chinese origin The disappearance of New York from world fashion would give a second wind to Paris and Milan, while the United Kingdom would probably become the centre of musical life for a long time to come.

The departure of Apple—and its iPhones and MacBooks—from the portable electronics markets would create a vacuum that a dozen of the biggest electronics giants in China, Japan, South Korea and Taiwan would fight to fill. America’s self-imposed isolation would send shockwaves through higher education and science markets globally to reverberate for decades to come.

Quite naturally, the world would not lapse. It would survive the departure of the United States just like it survived the extinction of the dinosaurs and woolly mammoths. It would be difficult and extremely uncomfortable at first, especially for those international players who have been hiding in the shadow of the American superpower for decades. The withdrawal of the United States would lead to a number of crises and conflicts and a long period of instability and uncertainty as the struggle for the “American legacy” would inevitably be long and tense. Somehow, we would still get through it! Plus, the world already had a preview of Washington as an unpredictable and unreliable partner during Donald Trump’s presidency. It will actually be easier to resolve certain problems without Washington, since the U.S. is often part of the problem rather than part of the solution.