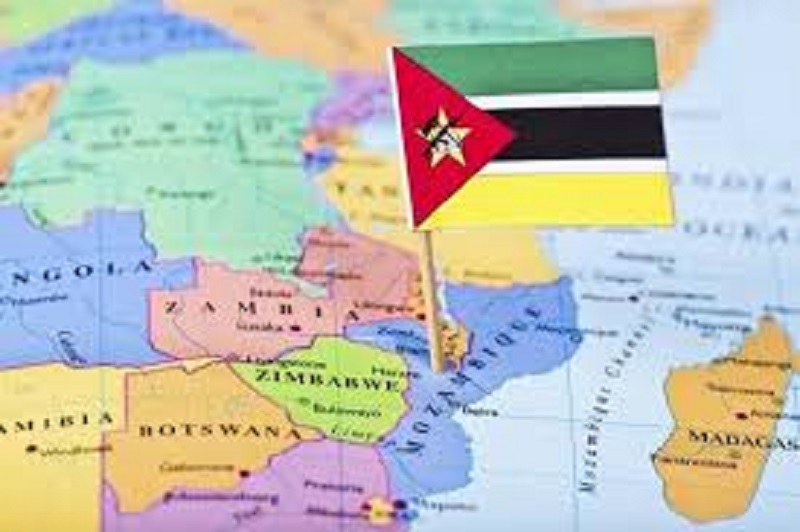 Chronically impoverished and formerly civil war-torn Mozambique has the potential to become the world's fourth-largest natural gas exporter due to its vast offshore reserves in the extreme northeastern part of the country, but this Southern African state's ambitious plans are at risk of being derailed by the ever-intensifying Islamist-driven Hybrid War in that strategic corner of its territory, one which might ultimately require foreign military assistance to resolve after the national armed forces proved themselves incapable of containing this threat.

Mozambique has always been a mess, and in many more ways than just one. Its decades-long civil war completely wreaked the country and made it among the poorest in the world. Simmering disputes between the two formerly warring sides have continued to stymie its development, as has the endemic corruption of the ruling party. Largely regarded as a failed state, some even cynically wonder whether it can even still be called a “state” in any meaningful sense of the word at all considering the fact that the central government doesn't exert much writ across its territory. Nowhere is this clearer than in the extreme northeastern part of the country which boasts of impressive offshore gas reserves that have the potential to make Mozambique the world's fourth-largest exporter of this resource. An ever-intensifying Islamist-driven Hybrid War risks derailing its ambitious plans and might ultimately require foreign military assistance to resolve after the national armed forces proved themselves incapable of containing this threat.

As a brief backgrounder, the author first began to explore the nature of Hybrid War threats to this Southern African state back in January 2017 in a strategic risk assessment written for the Oriental Review online journal. This was followed up by an analysis in May of that year about how “Mozambique Is South-Central Africa's Gateway To Multipolarity” and then a complementary piece exactly a year later explaining how “Russia's Advancing Multipolarity Through Mozambique”. For as detailed as those three articles were, they failed to predict that the author's prior model of “Swahili Coast separatism” from December 2016 -- which posited that the East African coast was the most suspceptible part of the region to Hybrid War threats -- would end up applying more to northeastern Mozambique than to the littoral parts of Kenya and Tanzania. That was because his analyses focused more on threats to China's Belt & Road Initiative (BRI) investments in crucial port and rail infrastructure than on energy geopolitics in that region, which was an oversight when looking back on it.

Nevertheless, nobody to the author's best knowledge accurately predicted what eventually transpired in northeastern Mozambique, which is that Islamist fighters would mysteriously emerge from the jungles to wage an intense terrorist insurgency there. The situation has rapidly deteriorated in the three years since it first began, getting to the present point where these non-state actors reportedly control a key port near Mozambique's multibillion-dollar offshore energy investments and even a few islands. Making matters much worse and of urgent global concern, these insurgents are allegedly linked to the so-called “Islamic State” (ISIS). It's curious that the world's most notorious terrorist group would target such a strategic region as northeastern Mozambique, which makes one wonder whether they're doing so at the guidance of another country (such as Qatar?) which stands to lose if that Southern African country succeeds in becoming a key player in the global LNG industry. Speculation of this conflict's origins aside, it's objectively becoming a full-fledged Hybrid War.

Unconfirmed reports over the past year claimed that Russian mercenaries were unsuccessfully assisting the Mozambican military in attempting to reclaim control of Cabo Delgado province where this unconventional conflict is being waged. It's unclear whether there's any veracity to those allegations, though they would theoretically align with Russia's possible strategy of exporting its “Democratic Security” services to its African partners like the author wrote about last October when discussing the unique appeal of the Eurasian Great Power to the continent's many Hybrid War-threatened countries. This was elaborated upon much more in detail in a lengthy analysis from May 2019 which cited a plethora of background reading on this topic, though some of the links are broken and might therefore require one to rely on the Internet Archive service in order to access. In any case, the point in bringing this up is to show that there's already been some thought placed into the possibility of multilateralizing this conflict, even if “informally” through mercenaries.

Whether Russia tried to unsuccessfully assist Mozambique or not, the conversation about potential foreign military involvement for resolving this Hybrid War has recently shifted to a combination of regional support from the Southern African Development Community (SADC) and the vague involvement of French energy company Total which has invested nearly $15 billion in the host country's offshore resources. The first scenario was recently addressed by Voice of America in light of the Mozambican President assuming rotational chairmanship of SADC earlier this summer and then lobbied for by the influential Foreign Policy magazine, while the second one was reported upon by Reuters late last month after the two agreed to a security pact for protecting the French company's investments and described a bit more in detail by the Financial Times shortly thereafter. Judging by the emerging narrative, foreign military assistance (both formal via SADC and informal from Total) is becoming a much more realistic possibility than ever before.

It's important for regional observers to track this trend considering the geostrategic importance and global energy significance of Mozambique as explained by the author in his earlier cited analyses. The country is poised to play a key role in African geopolitics and the world's LNG industry, which together make it highly attractive as an object of competition between Great Powers in the ongoing New Cold War. Furthermore, the failure to effectively contain the ISIS-aligned terrorist insurgency in Cabo Delgado province could catalyze a much more far-reaching regional conflict that might seriously threaten the stability of neighboring states such as Tanzania, which is a crucial node in China's BRI plans for this part of Africa. The push for Western-backed SADC's involvement and the growing role of France's Total could combine with recent political changes in South Africa and Zimbabwe to complete the West's geopolitical capture of the entire Southern African space.

It seems inevitable at this point that foreign military support is required to clean up Mozambique's Hybrid War mess after the national armed forces proved themselves incapable of containing this threat. Their reported request for Russian “Democratic Security” assistance failed to achieve this goal, hence why they have little choice but to work closer with France's Total now and contemplate the possibility of a Western-backed SADC conventional military intervention. The lesson to be learned is that Hybrid Wars, regardless of their origin or specific nature, can quickly spiral out of control in so-called “fragile states” (like many of Africa's regrettably are) to the point where the authorities are compelled to reach out to foreign partners in a desperate attempt to regain sovereignty. It just so happens that Mozambique's Hybrid War is concentrated in the northeastern corner of the country that's of global strategic importance given its vast offshore energy reserves, which has led to disproportionate attention being given to this conflict compared to the others that are raging across Africa.
This article was originally published on OneWorld