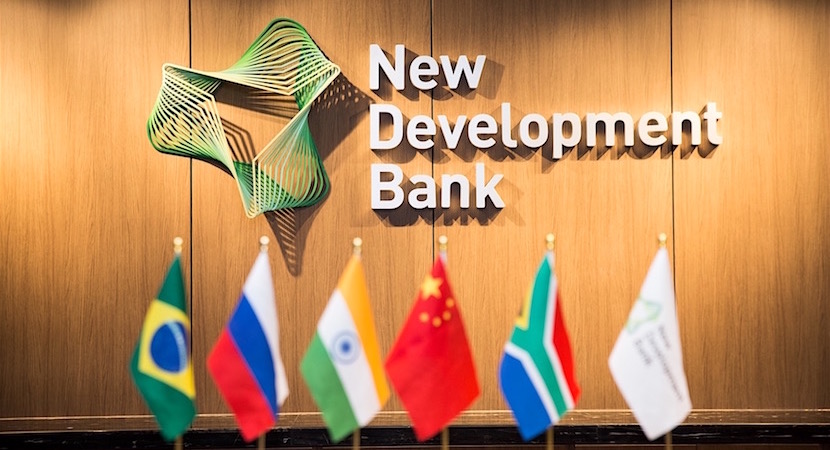 The selection of the UAE, Uruguay and Bangladesh as the first three non-founding partners of the NDB indicates the intentions of BRICS – regional expansion with a focus on economic and transportation cooperation. This cooperation, as well as integration, is especially crucial as the world struggles to deal with the COVID-19 pandemic and the economic fallout.


The New Development Bank (NDB) was created by Brazil, Russia, India, China and South Africa (BRICS) in 2015. The BRICS bank, as it is more commonly known, invests mainly in developing economies in areas such as transportation, water and sanitation, clean energy, digital infrastructure, social infrastructure and urban development. On September 2, NDB President Marcos Troyjo announced that the United Arab Emirates, Uruguay and Bangladesh were the first members of the bank’s expansion.

“New members will have in NDB a platform to foster their cooperation in infrastructure and sustainable development,” said NDB President Marcos Troyjo in a statement. “We will continue to expand the bank’s membership in a gradual and balanced manner.”

The UAE, Uruguay and Bangladesh will become fully fledged members once internal processes of the NDB is complete. However, the NDB’s ambitions do not end there, and according to Brazilian newspaper Estadão, a fourth partner, likely from Africa, should be announced by the end of the year. In fact, the Shanghai-based bank anticipates three to four new members per year, reaching up to 20 members in the coming years.

Although BRICS is obviously already represented in South America and South Asia by Brazil and India respectively, the accession of Uruguay and Bangladesh into the NDB allows the bank to act on a regional scale. It also opens the possibility for future membership in BRICS. With NDB members neighboring each other in South America and South Asia, the bank has the possibility to finance binational projects that promotes regional economic and transportation integration.

For his part, Emirati Minister of State for Financial Affairs, Obaid Humaid Al Tayer, said: “The United Arab Emirates membership in the New Development Bank represents a new step to enhance the role of the UAE economy on the global stage, especially in light of the great capabilities and expertise that the country possesses in supporting infrastructure projects and sustainable development. This monumental step would not have been achieved without the vision and direction of the UAE leadership, who believe in the importance of supporting development projects around the world, especially in emerging economies.”

The UAE has undergone a massive transformation in the past quarter of a century, turning desert wastelands into thriving economic hubs and progressing from reactionary Salafi ideology to one of tolerance and open-mindedness. As recently as the beginning of the Syrian War in 2011, the UAE was backing jihadist groups, but in a matter of only a few years reverted from this policy and became far more moderate and independent in their decision making and pursuit of partnerships.

Originally a major oil exporter, and still is, the UAE has now diversified its economy so that it is in line with the UN 2030 agenda to end poverty and hunger, protect human rights and gender equality, and protect the planet from degradation. The UAE has immense resources that can be directed towards projects that are in line with not only the UN’s vision, but also the NDB’s.
BRICS signed an agreement involving 28 projects in the fields of computer programming, technical services, culture, art, economy, commerce, logistics and transportation – with a total value of more than $2.1 billion. The UAE’s contribution to such projects will be fundamental in deciding whether the mega-rich Arab country should ascend into BRICS and not only the NDB.

The selection of the UAE, Uruguay and Bangladesh as the first three non-founding partners of the NDB indicates the intentions of BRICS – regional expansion with a focus on economic and transportation cooperation. This cooperation, as well as integration, is especially crucial as the world struggles to deal with the COVID-19 pandemic and the economic fallout. Because of this, the NDB will likely focus in the short to medium term on the rejuvenation of member countries following the pandemic, particularly in transitioning to a digital economy and green energy.

It was estimated that emerging economies needed about $2 trillion in infrastructure investments per year for the next 20 years to maintain growth rates, however, commercial banks have refused to meet the gap. Essentially, the NDB partly fills the gap that Western financial institutions refuse to do.

By positioning itself to take advantage of a unique opportunity to project a new vision for financing, the NDB is challenging the dominance of Western financial institutions and also progressing the prestige of BRICS in its endeavour to advance a multipolar world order. The accession of the UAE sees one of the Middle East’s most influential countries join the NDB, whilst Uruguay and Bangladesh open the path for regional integration under the context of BRICS, something that has not occurred since the group was established in 2006.