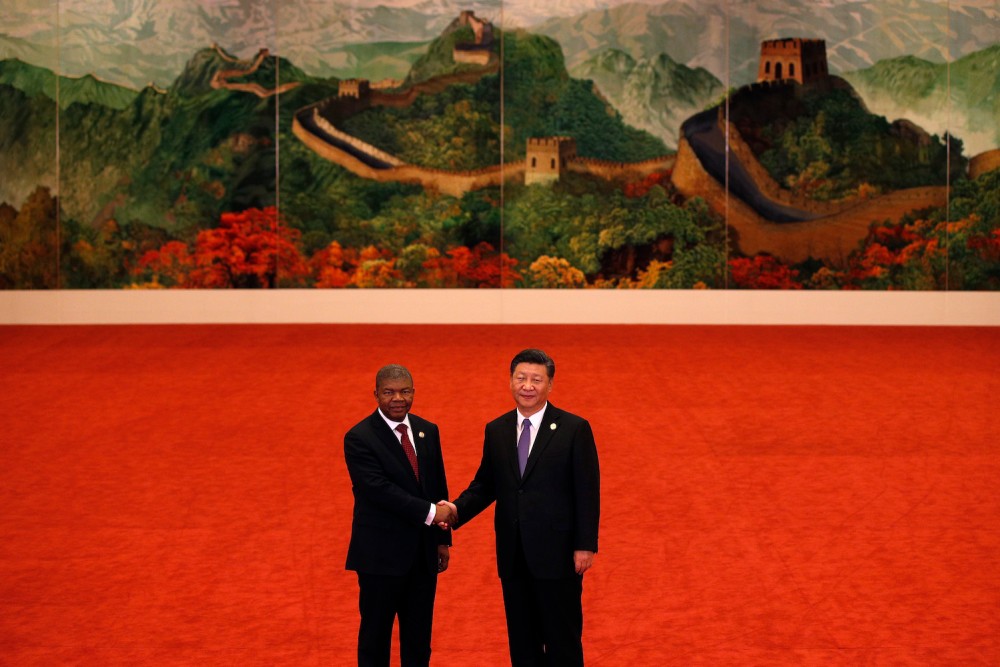 When the African Continental Free Trade Area (AfCFTA) was initially proposed at the African Union summit in 2012, it had two goals: First, build a pan-African agenda in trade and cooperation. Second, lift a large percentage of people out of poverty by instituting structural economic changes and cooperative legislation.


When the African Continental Free Trade Area (AfCFTA) was initially proposed at the African Union summit in 2012, it had two goals: First, build a pan-African agenda in trade and cooperation. Second, lift a large percentage of people out of poverty by instituting structural economic changes and cooperative legislation.

The bloc’s establishment signified a monumental shift in African trade and development. For years, African trade has been mostly limited to colonial trade routes, a practice that has resulted in the continent’s countries trading more internationally than among themselves. With the AfCFTA - a $3.4 trillion economic bloc that includes 1.3 billion people and is expected to become the world’s largest free trade zone - Africa’s fortunes were supposed to change.

But now, as the trade bloc enters its first few months, African nations are not the ones who will be reaping the deal’s greatest benefits - Beijing is.

China is now sub-Saharan Africa’s most visible - and perhaps even biggest - trading partner, a role that has even positioned it to shape policy across the continent. Through its spending sprees, Beijing is shifting African policy in its favor. After a $40 billion pledge in Chinese investments to Nigeria, the Nigerian government reduced the diplomatic status of Taiwan and ordered Taipei’s trade mission out of Abuja. China’s influence can also be seen at the U.N.: In June 2020, 25 African countries backed Beijing during a vote about the Hong Kong national security law.

Beijing portrays itself as a growing superpower, a narrative that it uses to sell itself as anti-West and a promoter of equal development. As Western influence in Africa waned, China, Russia, and Turkey expanded their networks across the continent with new loans, trade deals, and military agreements. Unlike the United States and United Kingdom, many of their deals came without strict loan stipulations tied to human rights, making them especially favorable partners.

With these deals, China - not Africa - is positioned to be the biggest winner from the AfCFTA. Chinese companies have dominated the continent’s transportation and infrastructural development projects, especially in sub-Saharan Africa. In 2018, Chinese funding made up a quarter of the more than $100 billion committed towards infrastructure development in Africa; the year before, Chinese firms won an estimated 50 percent of the continent’s engineering, procurement, and construction contracts.

China’s presence in Africa is strategic: In exchange for its no-strings-attached investments and deals, Beijing can develop new allies and expand its global influence in a way that rivals the United States.

“China is pitching itself as an accelerator for growth through infrastructure, especially in places that have a local capacity problem,” Efraim Chalamish, an international economic law scholar, told Foreign Policy.

This was an especially appealing pitch in Africa, a continent that missed out on an industrial revolution and therefore relies on international trade to acquire the majority of its finished goods. Today, the African market remains a primarily extractive one, abundant in natural resources, raw materials, and primary goods. But with these goods’ low production value and the continent’s infrastructure gaps, the industry isn’t lucrative enough to create local jobs and keep production at home. Instead, these raw materials are shipped off to China for processing and then reimported back as finished products.

Rather than creating the equal economic partnership that Beijing has been proposing, these trade deals tend to favor China. Today, African countries import a diverse range of goods and technology from China, while mostly exporting volatile commodities such as coal, petroleum, gold, and grain.

Since 2000, Africa’s trade balance with China has been on a downward trend, meaning that the continent’s imports exceed its exports - a trend that is poised to continue in the future. In 2019, Africa’s trade deficit with China was well over $17 billion. The scale of this deficit has shifted African nations’ economic dependence from their former colonial partners to Beijing.

As China’s competitive advantage in manufacturing household goods erodes, it is increasingly outsourcing production and deepening its economic engagements in Africa. Attracted to the continent’s raw materials and cheaper labor, Beijing has been aggressively building factories and expanding production there.

With Beijing’s continued investment in the extractive industry, some of the refining and processing that is typically performed in China will likely return to Africa in future years. Even though these processes will likely remain dominated by Chinese companies, this would be a positive shift for African countries. In the long run, however, there are fears that these gains will not help create the new jobs that they are expected to. For now, Beijing is outsourcing the manufacturing of cheap consumer packaged goods to Africa and passing it off as its own, an act that will only hurt African countries that aspire to compete globally.

When the AfCFTA was first proposed, the African Union argued that the bloc would enable countries to develop greater capacity for local manufacturing, which they could then use to trade globally with bigger - and more favorable - terms. By replacing Chinese imports and businesses with this new generation of local manufacturers, the AfCFTA would, ideally, allow Africa to become self-sufficient.

But this is not what has happened. Beijing offers African countries loans to build infrastructure that will improve connectivity within the continent. Since this infrastructure is often ultimately constructed by Chinese manufacturers, engineers, and laborers, however, these projects actually connect Chinese businesses with burgeoning African markets.

In exchange for Beijing’s investment, multiple African countries have offered economic concessions to Chinese companies to establish operations. Zimbabwe, for instance, allowed Chinese companies to mine for coal in Hwange National Park; in 2008, the Democratic Republic of Congo’s national mining company granted similar concessions to Chinese miners. But these deals undercut local capacity and ignore the reality on the ground: Africans are having trouble building businesses in their own countries.

With many countries’ poor economic conditions, African companies do not actually have the ability to scale up to the point where they will benefit from the new trade bloc. Instead, it’s still Chinese-owned manufacturing companies that will continue to dominate the continent’s manufacturing sector - and profit from this new trade deal.

Chinese businesses are now key players in Africa’s production and manufacturing industries. In 2017, over 10,000 Chinese-owned firms were operating across the continent. China’s Transsion Holdings currently has an estimated 40 percent market share in the East African mobile phone market. StarTimes, another Chinese company, has grown into one of Africa’s biggest pay-television providers and currently boasts more than 10 million subscribers across 30 African countries.

Some of these business deals have come at a cost: Chinese-owned factories often pay below minimum wage, especially in many African countries that lack strong labor laws. In Nigeria and several other countries, there are also sentiments that Beijing is turning Africa into an annex. Some road signs are now written in Mandarin, a language that is also being taught in schools across the continent.

Despite these red flags, many countries still view Beijing as a desirable partner. China has been providing the critical infrastructure necessary to urbanize and to enable trade. For many African leaders, new roads and shiny infrastructure projects are more important than economic growth indicators, especially during election cycles. Beijing is also willing to make under-the-table deals that Western countries resist, such as constructing multibillion-dollar office buildings for the presidents of Uganda and Mozambique.

Outside of Beijing’s involvement, the establishment of the AfCFTA has not been without its own internal challenges. The COVID-19 pandemic postponed the new trade zone’s start date to Jan. 1 of this year; protectionist rhetoric in some of Africa’s larger economies then further delayed the bloc’s adoption. Later, when the rest of the continent signed on, Nigeria and South Africa - Africa’s two biggest economies - still refused to join.

While South Africa claimed it needed to comply with legislative procedures, the Nigerian government feared the deal would lead to unfair competition and destabilize its already fragile economy - even though it would theoretically benefit by gaining free market access to the entire continent. Eventually, both countries signed on.

Further down the road, even more problems will likely arise. African nations have struggled with corruption and are historically governed by strongmen with clear political agendas who disdain independent institutions that could curtail their power. In many instances, these leaders ignore the terms of trade and diplomatic agreements to pursue their own goals, including deporting opposition leaders.

In other cases, leaders have violated established agreements to push their economic agendas. In 2019, for example, the Nigerian government closed its borders in a bid to curb its neighbors’ illegal smuggling of rice. This closure - a violation of the Economic Community of West African States (ECOWAS) protocol on free trade - then became policy because Abuja wanted to encourage Nigerians to only purchase local products, thereby keeping money within the country.

It’s also a sign of what could happen with AfCFTA. In the past, African leaders have shut their borders as a form of protectionism, even if these border closures break regional trade agreements. They could engage in similar behavior with this bloc, although doing so could hurt one of the best chances the continent has to build a pan-African trade agenda.

While Africa is often touted as the next frontier for development, its economic growth has actually been slower than expected. The International Monetary Fund has forecasted that sub-Saharan Africa will be the world’s slowest growing region in 2021, and many countries’ per-capita GDP rates are not expected to reach pre-COVID-19 levels until late 2025.

As the continent’s economic conditions worsen, foreign investment is theoretically a bad idea - but Chinese-owned production companies seem increasingly interested in investing in Africa. New Beijing-backed factories are being established every day, despite accusations of breaking labor and human rights laws.

Now, a post-Brexit U.K. is hoping to re-enter the African market as a trade partner and beneficiary of the free trade area - but London cannot possibly compete with Beijing’s spending, especially in the technology sector that it is eyeing. In June, Nigerian government officials reportedly met with members of the Cyberspace Administration of China about building a great firewall for the country.2

Nearly 10 years ago, AfCFTA was expected to unite the continent and reverse its economic fortunes. By enabling African traders and producers to freely trade across borders, the idea went, the bloc could set the stage for a new era of African trade and economic growth.

But this has not happened. Instead, Chinese companies that have dominated the continent’s transportation and infrastructure projects have been reaping the bloc’s benefits. Coupled with the protectionist policies that African leaders have historically implemented, it is possible that the trade agreement will be broken by individual countries in the future.

The trade bloc is still in its early months, and more debates will likely arise over the agreement and the nature of Chinese-African relations. Until then, China - rather than Africa - will be AfCFTA’s biggest winner.