Does Russia Influence Africa On the UN Security Council? 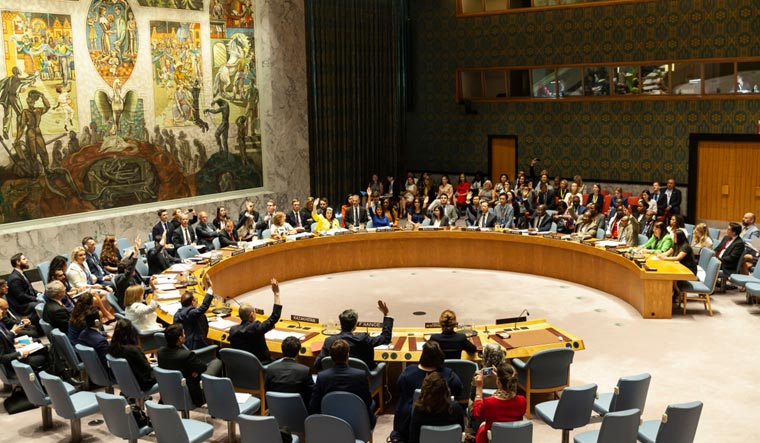 Research suggests that the links are overstated, especially compared to Africa's voting patterns with other council members.


Research suggests that the links are overstated, especially compared to Africa's voting patterns with other council members.

Over the past two decades, Russia has aimed to re-establish itself as a world power. A key way to achieve this has been through its permanent membership on the United Nations Security Council (UNSC). In recent years, Russia's posturing on several international conflicts has increasingly divided the UNSC, causing a degree of paralysis that hasn't occurred since the Cold War.

At the same time, questions have arisen about how A3 members - the annually elected grouping of African states - coordinate positions among themselves, and with respect to the interests of the five permanent UNSC members (the P5). In particular, are certain African members becoming more aligned to Russia's positions on the council?

These questions have been promoted, for example, by South Africa's vote against the United States (US)-sponsored draft resolution on Venezuela that Russia and China vetoed in February 2019.

To understand these dynamics, a recent study by the South African Institute of International Affairs (SAIIA) and the Institute for Security Studies (ISS) examined voting patterns between the A3 and Russia. An assessment of all votes cast by UNSC members between 2014 and 2020 found that most resolutions were still approved unanimously, with close to 95% of all votes cast in favour of any tabled resolution.

So the institutional 'paralysis' that many council observers refer to, while still considerable, applies to a few debates in which council members disagree. These divisions were seen most sharply in discussions relating to Syria, Venezuela, Ukraine and the Women, Peace and Security agenda.

The SAIIA-ISS research found that Russia consistently stood out above other council members in its willingness to veto or abstain from tabled resolutions. It abstained from 45 votes and cast 20 vetoes between 2014 and 2020.

Russia especially opposed positions led by the other permanent member states - 'loudly' disagreeing with stances put forward by France, the United Kingdom and the US. This dissent is usually based on its criticism of the West's apparent attempts to 'monopolise the truth' and over what constitutes human rights. Russia also enjoys a convenient (but passive) alliance with China, which shares similar grievances over Western-dominated approaches to global conflicts.

In contrast to Russia, the A3 seldom voted against any draft resolutions tabled between 2014 and 2020, preferring instead to abstain on contentious issues. An example is the controversial 2018 US-sponsored draft resolution on Palestine.

As divisions have deepened among the P5, African countries on the UNSC have increasingly relied on collective positions among themselves and those aligned to the African Union (AU). This has given Africa greater agency in global multilateral processes that directly affect conflicts and crises on the continent.

A similar approach has been taken in recent years by all 10 non-permanent members (E10). These efforts paid off considerably on specific council discussions, such as allowing greater humanitarian access to Syria. But the coordination and coherence of E10 positions have again waned somewhat since 2018.

More consistent UNSC positions by the A3 have given African states greater leverage to engage with other council members. The risks of not doing so were revealed in December 2018 when A3 members disagreed on a common approach to the thorny issue of financing for AU-led peace support operations. The fallout can still be seen today. Recent attempts to revitalise negotiations have only managed to expose lingering divides between New York and Addis Ababa.

The SAIIA-ISS study found little evidence of a growing alignment or greater coordination between the A3 and Russia, based on their voting patterns from 2014-2020. The coincidence of 'in favour' votes between the A3 and Russia declined year-on-year, falling to 72% in 2020 compared to 91% in 2014. The overlap in A3 votes 'in favour' with the US, UK and France by contrast, ranged from 91% to 93% in 2020.

There are also extremely few cases in which the A3 collectively abstained or voted against draft resolutions in line with Russia's position. Between 2014 and 2020, on only one occasion did an A3 member vote against a draft resolution that Russia vetoed (South Africa's 2019 Venezuela vote).

Arguments that certain A3 members are becoming more aligned to Russian interests on the UNSC don't hold for the African group as a collective. Russia's 'loud dissenter' role on the council may well continue, but to succeed, it needs more significant support from other members, including the A3. Based on the SAIIA-ISS research results, that seems unlikely.