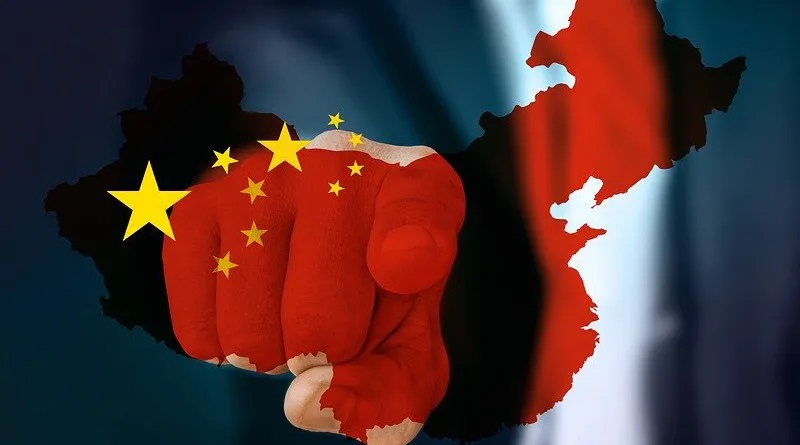 The rationale to explain these Central Asian elites’ choices is that they may be better off embracing China while subtly distancing themselves from Russia, as Beijing increasingly aligns with its Central Asian counterparts with greater success than Moscow. Despite Central Asian countries being independent for three decades, it is common to find Russian assertions that they still effectively own the region.


Since 2019, more than 40 protests were held against ‘Chinese expansion’ in Central Asia. Yet Central Asian elites have hardly had a bad word to say. On the contrary, they suppressed these protests, denied that China’s goal was  expansion and even requested their publics be grateful to China. No wonder some Russian commentators are worried about Russia’s waning influence.

The rationale to explain these Central Asian elites’ choices is that they may be better off embracing China while subtly distancing themselves from Russia, as Beijing increasingly aligns with its Central Asian counterparts with greater success than Moscow. Despite Central Asian countries being independent for three decades, it is common to find Russian assertions that they still effectively own the region. Some Russian officials have even publicly claimed that the entire territory of Kazakhstan was a gift from Russia, which was denounced severely among Kazakh elites.

Arguments about expansion and loss of sovereignty are dubious in Central Asia. Nowadays, Central Asian elites enjoy full sovereignty to defend their national interests. When the legislation around long-term land leases by foreign countries stirred up massive protests against the Kazakhstan government and Chinese influence, the bill was ditched and Beijing did not react. Kazakh elites also rejected Russian President Vladimir Putin’s proposal to construct nuclear power plants there. When Turkmenistan closed Russian language courses, the local Russian embassy expressed regret, but nothing tougher.

Numerous ethnic Russians live in Central Asia and the annexation of Crimea looms as a precedent. Central Asian elites might never express their fear of Russian annexation freely, but it is certainly a concern. In contrast, very few ethnic Han Chinese reside in Central Asia. The cardinal interest of China in this part of the world is to eliminate terrorism and separatism, purchase resources and trade with Europe through Central Asia. None of these interests constitute any potential territorial threat to Central Asia.

The dubious benefits of alignment with Russia’s stagnating economy pale in comparison to China’s economic might. With the implementation of the Belt and Road Initiative (BRI), China was a larger trading partner than Russia for most Central Asian nations by 2019. As Alexander Grishin noted, Chinese investment has now surpassed Russia in almost all Central Asian countries. Russian investment in Kazakhstan in 2016 was just over US$12 billion, whereas Chinese investment, according to official data, exceeded US$20 billion. Unofficial figures of Chinese investment ranged from US$55 billion to US$80 billion.

As Benno Zogg argued, compared to the economic power of China, ‘particularly the volume of funds for infrastructure in the framework of the BRI, Russia and its rigid, protectionist, and politicised Eurasian projects pale’. Russia is a direct competitor to Central Asia’s natural resources exports to the Chinese market, which may push Central Asian elites to the Chinese side.

According to Adil Kaukenov and Bakhtiyor Ergashev, Moscow consulted minimally with Central Asian partners concerning Eurasian integration, preferring to offer feelings of kinship and shared history rather than practical benefits. This may be effective in winning over the public and some of the more sensationalist media in the region, but it is much less persuasive to Central Asian elites who see the relationship with China as more business-like.

This explains why Central Asian elites have endeavoured to ‘de-Russianise’ themselves to enhance their own national identity by promoting local languages. Uzbekistan and Kazakhstan deliberately implemented the latinisation of their national languages, eschewing the Russian Cyrillic alphabet. In this context, increasing cooperation with China — which also entails enhancing its influence — not only accords with the economic interests and diversity of Central Asian nations, but also indirectly promotes their nation-building efforts.

The leadership shift in Central Asia may reflect their willingness to negotiate more with Beijing. Kazakhstan President Kassym-Jomart Tokayev is a fluent Mandarin speaker with diplomatic experience and connections in China. Former deputy prime minister Dariga Nazarbayev, the eldest daughter of the first president of Kazakhstan, extolled the virtue of learning Chinese, arguing closer ties to China is Kazakhstan’s destiny. The incumbent Kyrgyzstan President, Sadyr Japarov, was purportedly supported by many China-linked businessmen. Japarov’s father was born and educated in China and his family business has been long connected with China.


Source: This article was published by East Asia Forum

East Asia Forum is a platform for analysis and research on politics, economics, business, law, security, international relations and society relevant to public policy, centred on the Asia Pacific region. It consists of an online publication and a quarterly magazine, East Asia Forum Quarterly, which aim to provide clear and original analysis from the leading minds in the region and beyond.