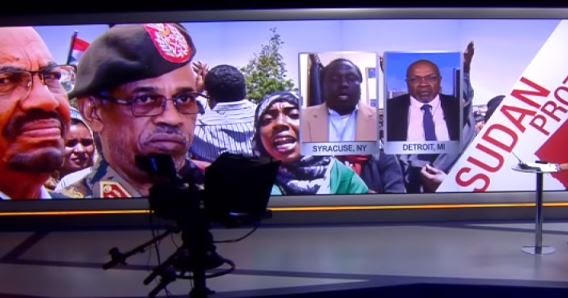 
Since the October 25 coup by the military in the oil-rich state of Sudan, the democratic movement has held protests almost on a daily basis.

Interim Prime Minister Abdalla Hamdok, a technocrat with extensive ties to international finance capital, was overthrown during the late October putsch only to be reinstalled in a secret agreement with the Transitional Military Council (TMC) led by Abdel Fattah al-Burhan which excluded the main opposition parties and mass formations which have guided the revolutionary movement since December of 2018.

Over the last three years, former longtime President Omar Hassan al-Bashir, was overthrown in an April 2019 coup led by the TMC which was designed to thwart a people’s takeover which would have inevitably involved a vanguard role for the Forces of Freedom and Change (FFC). The FFC grew out of an alliance with the Sudanese Professional Association (SPA), the Central Committee of Sudan Doctors, along with dozens of other opposition forces from various political spectrums including the Communist Party (SCP). 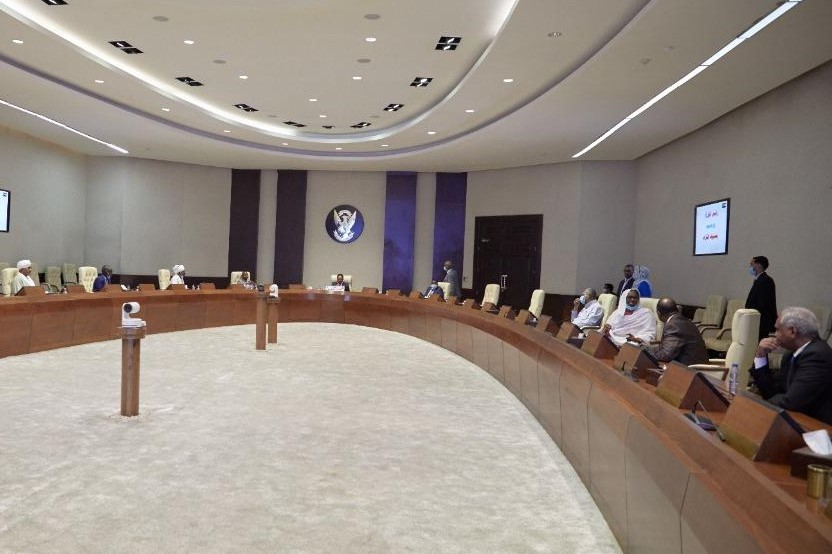 However, the massacre of demonstrators during June 2019 prompted a more engaged intervention by the African Union (AU) based in neighboring Ethiopia, where Prime Minister Abiy Ahmed sought to mediate the conflict. In several months the Sovereign Council was created ostensibly designed as a transitional body that within three years would result in a multi-party election creating a parliament and presidency through direct selection by the electorate.

However, the entire process has been derailed largely at the aegis of imperialist forces seeking to dominate the current and future situation inside the country. Under the previous administration of President Donald J. Trump, Prime Minister Hamdok was compelled to acknowledge the so-called “Abraham Accord” which is designed to expand the diplomatic recognition of the state of Israel in Africa and West Asia while undermining international solidarity with the Palestinian people. This measure has not been fully implemented diplomatically although there are reports of at least two exchanges of delegations between Khartoum and Tel Aviv.

These maneuvers by Washington and its allies have not pacified the FFC and other popular forces who have remained in the streets. Even the armed opposition groupings from the Darfur region of Sudan and the border areas of the now partitioned Republic of South Sudan, who signed on to the November 21 post-coup arrangements, are still within a highly precarious situation in their relationship with the military leadership.

The latest round of demonstrations could only be suppressed by the deployment of the police, paramilitary units and the army. At a December 24 public rally called by the FFC, unnamed individuals set off teargas in the crowd in the effort to disrupt the meeting.

December 25 was marked by renewed mass demonstrations demanding the immediate resignation of Hamdok and the military from the reigns of state power. Actions were held in the three major cities surrounding the capital of Khartoum, Khartoum North and the twin-city of Omdurman. Additional protests extended to the east of the country around Port Sudan where organizations have put forward their own unique set of demands for the military regime. 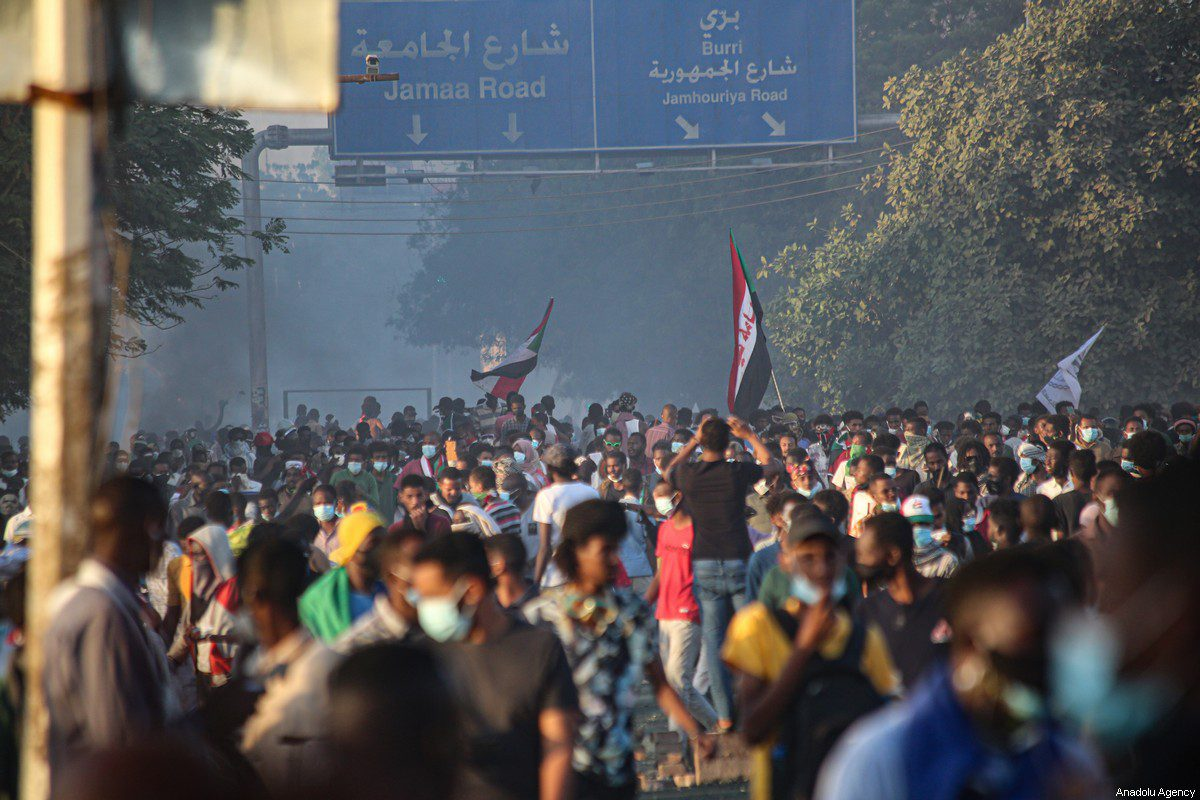 Sudan Tribune reported on the level of repression carried out by the security forces saying: “The Sudanese government closed main streets leading to the Republican Place in Khartoum, shut down internet services, and deployed troops on the bridges linking the three towns of the capital Khartoum, Khartoum North and Omdurman. Five days after the last protests of December 19, the demonstrators again made their target the presidential palace which is the premises of the military-dominated Sovereign Council. In spite of the massive deployment of joint security forces including the police, the army and the Rapid Support Forces, the protesters marched towards the Palace chanting slogans to denounce the coup d’etat of Gen. Abdel Fattah al-Burhan.” (sudantribune.com)

What has been notable in the demonstrations for democratic transformation since 2018 is the high level of participation of women in the revolutionary movement. Many have moved to the front of the actions challenging the discrimination and marginalization prevalent in Sudanese society. These women have been met with harsh repression where sexual assault has been utilized as means to driving women off the streets. These attempts to suppress women through brutal attacks have not worked and instead has prompted manifestations by women exposing the crimes being committed by the military and the entire security apparatus. 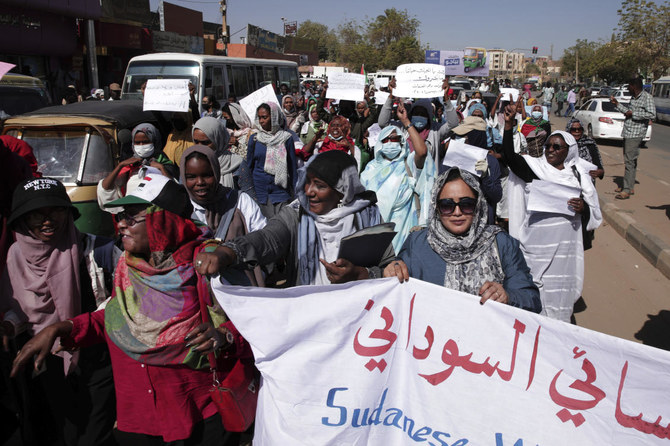 The same above-mentioned report by Sudan Tribune emphasizes: “[W]omen participated in Saturday’s (Dec. 25) protest to show they were not intimated by the sexual violence and rape by the security forces on 19 December. The police used live ammunition and tear gas to disperse the protests in the streets near the Republican Palace. Nonetheless, they failed to stop the demonstrators. The security authorities in Khartoum on Friday (Dec. 24) announced the closure of the bridges and streets leading to the sovereign and strategic sites…. ‘The people are stronger, and it is impossible to go back,’ they also chanted to voice their determination to continue the protests that started immediately after the first hours of the coup on October 25.”

Sudan and Regional Stability in the Horn of Africa

Meanwhile in neighboring Ethiopia, the U.S. is attempting to overthrow the government of Prime Minister Abiy Ahmed. The State Department and corporate media outlets based in the West have sought to create an atmosphere where the administration in Addis Ababa is considered brutal and illegitimate.

In line with this approach by Washington, the Sudanese military junta has sided with the Tigray People’s Liberation Front (TPLF) rebels fighting the elected government in Addis Ababa and other centers of authority throughout the Horn of Africa state. With the TPLF rebels in retreat, returning to their bases in the Tigray province by clearing out areas within the Afar and Amhara regions of the country, the Sudanese military regime is being placed in an even more unstable position.

Funding from the U.S., the Gulf Monarchies of Saudi Arabia and the United Arab Emirates along with Tel Aviv is contingent upon Gen. al-Burhan’s compliance with the imperatives of western imperialism. The mass democratic movement in Sudan, if it is to seize power, will inevitably be forced to shift the overall foreign policy of the country. Absent of fundamental changes in domestic and foreign policies, the nation of Sudan will remain subject to the manipulation by the capitalist centers of the West and their surrogates throughout Africa and West Asia.

During mid-to-late December, numerous news articles have appeared suggesting that the reinstalled interim Prime Minister Hamdok is threatening to resign from his tenuous post as head of the second iteration of the Sovereign Council. If Hamdok leaves, which the U.S., UN and the Gulf Monarchies do not want to happen, the military will be weakened even further politically. The lack of a political underpinning for the TMC is causing the armed forces to utilize heightened levels of repression against the democratic movement.

Sudan and the International Situation

With the ascendancy of the current U.S. President Joe Biden in January 2021, the foreign policy of the State Department and the Pentagon has not shifted in its substance towards the African continent. The Trump administration sought to prop up the military regime in Sudan and the same approach continues under Biden.

As Trump was hostile towards the present government in Ethiopia, so is the Biden administration. The U.S. fears a genuinely revolutionary democratic Africa where the foreign policy of the post-independence states is based upon the interests of the majority of workers, farmers, youth and other popular strata within these developing countries.

After two decades of direct occupation of Afghanistan, the U.S. was forced to leave in humiliating defeat during August 2021. The military adventures in the West Asian and African states of Iraq, Syria, Libya and Yemen are facing a similar fate as to the outcome of Afghanistan in Central Asia. Trillions in U.S. currency has been spent on these occupations and proxy wars while the national infrastructure of the urban, suburban and rural areas is in rapid decline.

Of course, the failure of imperialist war is paid for by the workers and oppressed in the U.S. struggling against rising impoverishment, racist bigotry, national oppression, gender discrimination, environmental degradation, among other social ills. Consequently, the antiwar and anti-imperialist struggle is essential in the efforts to overturn capitalist exploitation and national oppression.
By Abayomi Azikiwe
Editor of Pan-African News Wire.
Tags: Sudan MENA Western-backed regimes Imperialism
Share on Facebook
Share on Twitter
Share by E-Mail
Share on WhatsApp
Share on Telegram
Top stories
Mozambique Might Require Foreign Military Assistance To Clean Up Its Hybrid War Mess
Russia-Africa Summit: The Roadmap to Africa, Shift in Geopolitical Relations
China and Russia Launch a ‘Global Resistance Economy’
Why South Africa Should Embrace Pakistan’s “Look Africa” Policy
News
powered by Surfing Waves