Africa in Review 2021 (Part III) : Unification is Essential to Progress and Development 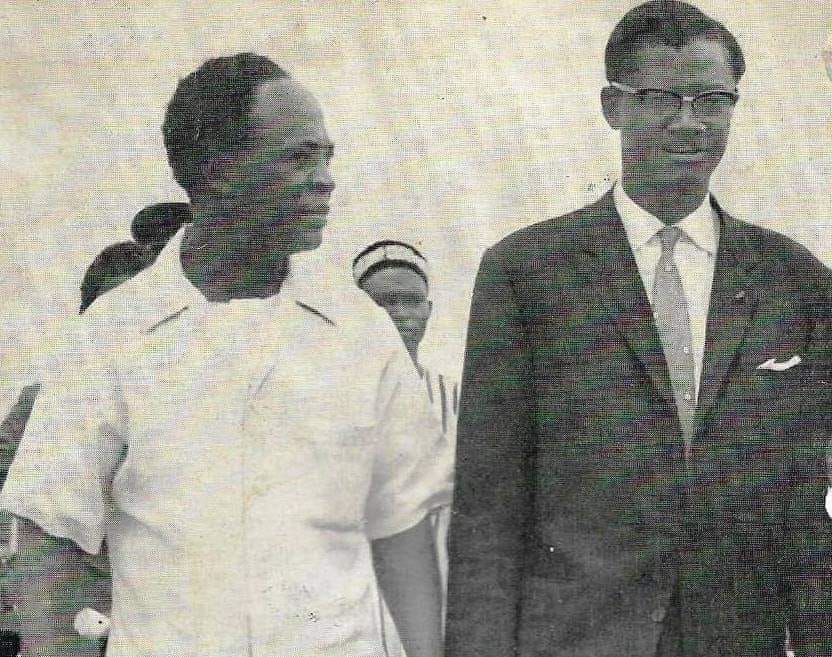 Of course, Dr. Nkrumah during the years between 1945-1972, wrote extensively on the necessity of African unification. The union of African governments and people would encompass the national economies, the trade unions, youth, women, military institutions and the establishment of a continental market based in socialist planning.

At the beginning of January of 2021, the African Continental Free Trade Area (AfCFTA) officially launched its ambitious efforts to unify the economies within the African Union (AU) region.

The plans stemmed from discussions which extend as far back as the 1950s and 1960s when the early Pan-Africanists and socialists in independent states and burgeoning national liberation movements recognized the need for breaking the colonial bondage imposed by Europe and the United States.

These detrimental links to colonialism and imperialism could not be thoroughly broken without an economic base from which to assert genuine independence and sovereignty. Dr. Kwame Nkrumah, the founder and leader of the Convention People’s Party (CPP) which pioneered the liberation of the Gold Coast (Ghana), stated at the independence ceremonies on March 6, 1957, that the independence of this former British colony was meaningless unless it was connected to the total freedom of the African continent.

A series of symbolic and substantive initiatives occurred between 1958 and 1963 including the Ghana-Guinea-Mali Union; the alliance of anti-imperialists states labeled the Casablanca Group; the Conference of Independence African States; the All-African People’s Conference; and the eventual founding of the Organization of African Unity (OAU) in Addis Ababa. The OAU was transformed into the African Union between 1999 at the Sirte conference in Libya through 2002 when the transition was completed in Durban, South Africa.

Of course, Dr. Nkrumah during the years between 1945-1972, wrote extensively on the necessity of African unification. The union of African governments and people would encompass the national economies, the trade unions, youth, women, military institutions and the establishment of a continental market based in socialist planning.

The urgency under which Nkrumah and other Pan-Africanists and anti-imperialists acted during the 1950s and 1960s was met with the obstinance and obstructionism of the colonial and neo-colonial power centers in Western Europe and North America. Today there are 54 independent AU member-states on the continent while the Sahrawi Arab Democratic Republic (SADR) remains in a valiant fight to gain independence from the Kingdom of Morocco. Yet the economic and consequent genuine political independence remains elusive.

The AfCFTA has its Secretariat based in Ghana, which served as the fountainhead of Pan-Africanism and national liberation between 1957-1966, when Dr. Nkrumah, the president, was overthrown in a military coup backed by the U.S. and other imperialist governments. Other national liberation movements in the former Portuguese colonies, Rhodesia, South Africa, and Namibia were compelled to take up arms in their struggle for independence.

Africa Renewal in a report on the activation of AfCFTA said of the situation that: “The new market, created under the African Continental Free Trade Area (AfCFTA) agreement is estimated to be as large as 1.3 billion people across Africa, with a combined gross domestic product (GDP) of $3.4 trillion. This has a potential of lifting up to 30 million Africans out of extreme poverty, according to the World Bank. ‘This is not just a trade agreement, this is our hope for Africa to be lifted up from poverty,’ said Wamkele Mene, the Secretary-General of the AfCFTA Secretariat, at the virtual launch event. It is also expected to boost intra-African trade, promote industrialization, create job, and improve competitiveness of African industries on the global stage.” (www.un.org)

These aspirations will not be met in the short term due to the ongoing structural impediments to African unification and development. The dependency on foreign exchange payments for raw materials, agricultural products and bilateral trade agreements with the imperialist states and institutions are designed for the benefit of the West. Consequently, a redirection of economic priorities is required to achieve economic growth that is qualitative and sustainable.

This same report from Africa Renewal reveals: “The pact will also empower women by improving their access to trade opportunities. Women make up the largest share of informal traders, representing 70 per cent to 80 per cent in some countries. ‘Today is a historic day for Africa. In 1963 the founders of the Organization of African Unity had a vision of creating an Africa common market. The start of trading under the Africa continental free trade area today is an operational start towards the Africa common market. It has been a long journey of focus, determination and resilience,’ said Moussa Faki Mahamat, the Chairperson of the African Union Commission, at the launch.”

However, there are other aspects which are critical to the success of the AfCFTA, that being the defense of African sovereignty amid the continuing legacy of imperialist plunder through enslavement, colonization and neo-colonialism. With the fracturing of nation-states, albeit inherited from the period of classical imperialist domination, represents a clear threat to the economic and social advancement of the majority of the 1.3 billion people. The AU needs greater political unity and efficacy to ensure that the societal underpinning necessary for market integration which can only be the logical outcome of the AfCFTA program.

All along the Indian Ocean coast of East Africa there have been monumental discoveries of strategic energy resources over the last decade. From Somalia, to Uganda, Kenya, Tanzania and Mozambique, natural gas and petroleum deposits are to be found in abundance.

Mozambique, a former Portuguese colony for five centuries, has overcome a national liberation war, a civil war, only to be challenged in the present period with an insurgency which has halted a monumental liquified natural gas project in the Cabo Delgado province. Islamic rebels claiming to represent the interests of the local population have disrupted the extraction and production process while dislocating hundreds of thousands of people inside the country.

The 16-member Southern African Development Community (SADC) has been drawn into the conflict since the rebels represent a warning to the entire sub-continent. Southern African has been the most consistent in fostering regional unity and therefore serves as a model for the rest of the continent. Although several nations within SADC have deployed troops to northern Mozambique along with the Central-Eastern African state of Rwanda, the problems of destabilization have not been resolved.

Eyewitness News based in the Republic of South Africa said of the contemporary situation: “Nearly 4,000 Mozambicans have fled their villages in a month due to intensifying jihadist attacks in Niassa, a province neighboring insurgency hotbed Cabo Delgado, a government official said Friday. Militants terrorizing the gas-rich northern Cabo Delgado province for the past four years have in recent weeks shifted their attacks to the west into Niassa. ‘There are 3,803 displaced so far. These are people who fled from areas targeted by attacks in Mecula district,’ Felismino Patricio, a government spokesman in Niassa province, told AFP by phone.
The latest displacements add to the more than 820,000 that have fled the insurgency in Cabo Delgado since 2017.” (ewn.co.za)

These problems, which are by no means unique to the SADC region, requires the attention of the AU and its Peace and Security Council (PSC). If the insurgency cannot be contained, it portends much for the future of similar development projects on the continent whether in the Horn of Africa, West Africa, the Northern region and the equally mineral-rich states of Central Africa in the Democratic Republic of Congo, the Central African Republic and Chad. The indispensable demand for African wealth within the world economic system must become an asset rather than a grave liability for the people as the 21st century proceeds.

Climate Change and the Failure of Global Consensus

The 2021 United Nations Climate Change Conference (COP26) took place during late October and early November amid a two-years resurgence in mass action globally to end environmental degradation and its concomitant socioeconomic consequences. Mozambique and the SADC region are not only battling the insurgency within Cabo Delgado they are facing renewed climate disasters such as Cyclone Idai and Kenneth.

Internal conflict and the cycle of underdevelopment further threatens the capacity of governments and the people to maintain social stability. Dislocations from imperialist-influenced conflicts are compounded by the failure of the industrialized capitalist states to curb the production and distribution of harmful toxins into the atmosphere. The deforestation of large swaths of territories not only destroys communities it results in the weakening of the ability to reproduce the essentials of a national and regional economy.

The role of the U.S. and other western states in delaying the imposition of a cohesive international environmental policy based upon mandates and timelines, illustrates the necessity of challenging the existing global division of economic power and labor. The Pentagon is by far the world’s greatest polluter, yet these issues were not adequately addressed at COP26 and other forums related to the impact of climate change.

Consequently, Pan-African unification programs cannot ignore the struggle against imperialism and its various manifestations. The hegemony of the U.S., Britain, the EU and their allies around the planet must be removed as an obstacle to the well-being and social advancement of the majority.
By Abayomi Azikiwe
Editor of Pan-African News Wire.
Tags: Africa in Review Unification AfCFTA Development
Share on Facebook
Share on Twitter
Share by E-Mail
Share on WhatsApp
Share on Telegram
Top stories
Mozambique Might Require Foreign Military Assistance To Clean Up Its Hybrid War Mess
Russia-Africa Summit: The Roadmap to Africa, Shift in Geopolitical Relations
China and Russia Launch a ‘Global Resistance Economy’
Why South Africa Should Embrace Pakistan’s “Look Africa” Policy
News
powered by Surfing Waves