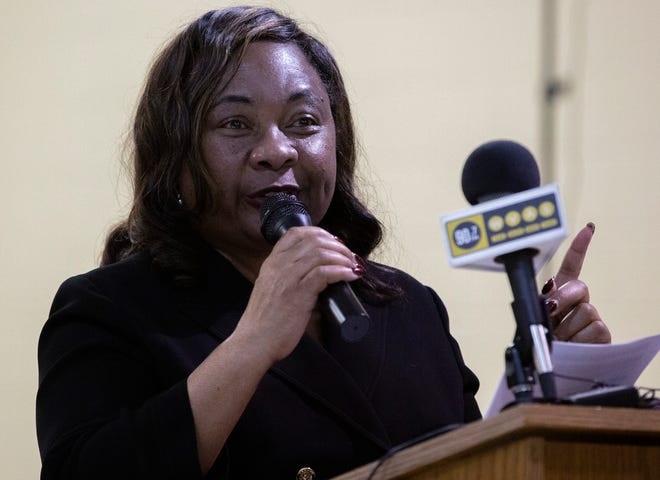 These remarks were prepared and delivered in part to the 19th Annual MLK Day virtual webinar held in the city of Detroit. The event has been held online for the last two years due to the pandemic and its impact on the city and its environs. This webinar was organized by the Detroit MLK Committee chaired by Dorothy Aldridge, veteran Civil Rights and Human Rights activist. 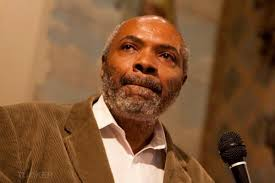 In January 1965, Dr. Martin Luther King, Jr. as the president of the Southern Christian Leadership Conference (SCLC) intervened in the voting rights struggle in Selma, Alabama after years of work already carried out by local activists along with organizers from the Student Nonviolent Coordinating Committee (SNCC). 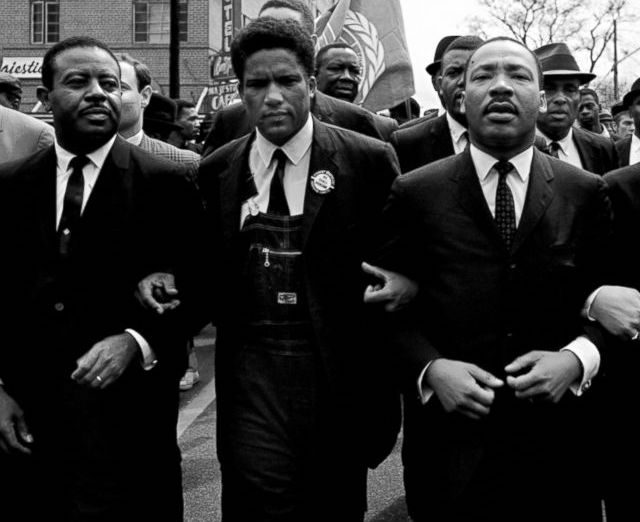 
These momentous efforts led to a series of confrontations with Dallas County deputy sheriffs and Alabama state troopers which culminated on Bloody Sunday March 7 at the Edmund Pettus Bridge in Selma. By the end of the month the political atmosphere in the United States had shifted in favor of the federalizing of the National Guard to provide protection for the thousands who marched from Selma to Montgomery.

Later that year in August, the then President Lyndon B. Johnson was compelled to sign into law the Voting Rights Act of 1965. This represented the first comprehensive voting rights legislation since the era of Reconstruction during the late 1860s to the mid-1870s, and the Civil Rights Act of 1957, involving the role of the Justice Department in protecting access for African Americans to the franchise.

In the aftermath of the mass demonstrations, voting registration drives and vigorous debates on the nature of racial oppression in the U.S. during 2020, there was a sense of a democratic breakthrough in regard to the large turnouts in states around the country against the previous administration of President Donald Trump. The ascendancy of the current administration of President Joe Biden and the election of two new Democratic Senators from the State of Georgia, where voting restrictions have been well documented since the gubernatorial race of 2018, were realized as a direct result of grassroots political advocacy and organizing.

False charges of massive voter fraud by the Trump administration and its followers did not succeed in the post-election period from November 2020 to the inauguration of the new presidency and Congress nearly a year ago. The January 6 attempted coup by anti-democratic and neo-fascist elements at the Capitol in Washington, D.C. provided a clear view of a right- wing threat to the social interests of the masses of African Americans, Latin Americans, Asian Americans, Indigenous nations and other progressive and genuine working-class segments of the population.

Although the coup failed to overturn the 2020 elections, efforts have been underway since this time period to reverse the capacity of oppressed, working-class and democratic forces to participate in the electoral process. At least 19 state legislative bodies and their governors have passed and signed into law restrictions on the right to vote, the open and objective counting of ballots and the certification of all elections from local institutions to the offices of the federal government.

The failure of the Senate to pass several voting rights bills that would in effect nullify the restrictive laws which were upheld by the conservative-dominated U.S. Supreme Court, must be met with mass action. All antiracist and mass democratic forces have no alternative than to organize to meet the challenges of the coming months. We as the Detroit MLK Committee are appealing to all of those within our listening and viewing audience to join in this renewed effort to halt the reinstitution of legalized segregation and the denial of fundamental democratic rights for the rapidly emerging majority population within the U.S.

Dr. King and the Struggle for a Just Society

Today we are facing one of the most serious crises in the history of the U.S. and the world. In regard to the compounding economic, social, political, cultural and educational downturns, the public health disaster prompted by the COVID-19 pandemic has illustrated clearly the contradictions within western capitalist society.

Although the administrations of former President Trump and his successor Joe Biden supported legislation to provide a modicum of relief to those tens of millions of families impacted by the pandemic, these programs have ground to a screeching halt with the inability to pass social spending legislation. The passed infrastructure bill cannot address the social needs of the masses of nationally oppressed peoples and the working-class.

Moreover, here in the city of Detroit and undoubtedly in other regions of the U.S., the funds allocated to assist working families as it relates to housing, utilities, water costs and supplemental funds for households with children, are often not spent on the purposes for which they were allocated. In addition, the bureaucratic structures in many municipal areas have failed to properly disperse these funds to the people in the greatest need.

Even in situations where the administration of American Rescue Plan (ARP) Funds and COVID Emergency Relief Assistance (CERA) have been more efficient, the agencies responsible have run out of resources since the need is so enormous. We call upon the Congress to revisit its own inability to foster legislation which is critical in maintaining social stability.

As Dr. King said during 1968 just prior to his assassination: “The nation waited until the Black man was explosive with fury before stirring itself even to partial concern. Confronted now with the interrelated problems of war, inflation, urban decay, white backlash, and a climate of violence, it is now forced to address itself to race relations and poverty, and it is tragically unprepared. What might once have been a series of separate problems now merge into a social crisis of almost stupefying complexity. I am not sad that Black Americans are rebelling; this was not only inevitable but eminently desirable. Without this magnificent ferment among Negroes, the old evasions and procrastinations would have continued indefinitely. Black men have slammed the door shut on a past of deadening passivity. Except for the Reconstruction years, they have never in their long history on American soil struggled with such creativity and courage for their freedom. These are our bright years of emergence; though they are painful ones, they cannot be avoided.” (kinginstitute.stanford.edu) 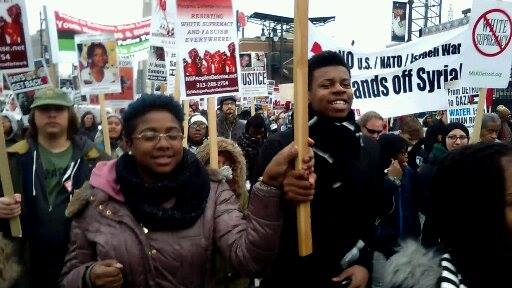 
Within the tradition of this commemoration of MLK Day, we seek to continue the actual legacy of Dr. King in the linking of the struggles against racism, poverty and militarism. The speakers and cultural workers all speak to this historical trajectory in which Dr. King was inextricably involved.

The current spiral of inflation which has forced many people into deeper impoverishment, should be immediately addressed by the federal government. An initiative launched by municipal retirees in Detroit to provide a “pension booster” shot for those impacted by the more than 7% annual inflation during 2021, is a relevant demand to be advanced which has national implications. These deteriorating social conditions for broad sectors of the society will not be resolved without political education, mobilizations and organizing.

MLK Day for 2022 should serve as a focal point for the renewed movements seeking the end to racial oppression, class exploitation, gender discrimination, environmental degradation, the collapse of public education and other social ills. Our willingness to study, organize and act will be the most outstanding tribute we can pay to the legacy of Dr. King, the Civil Rights Movement and all campaigns for the betterment and liberation of humanity.
By Abayomi Azikiwe
Editor of Pan-African News Wire.
Tags: Detroit MLK Day Human rights US Dr. Martin Luther King Jr
Share on Facebook
Share on Twitter
Share by E-Mail
Share on WhatsApp
Share on Telegram
Top stories
Mozambique Might Require Foreign Military Assistance To Clean Up Its Hybrid War Mess
Russia-Africa Summit: The Roadmap to Africa, Shift in Geopolitical Relations
China and Russia Launch a ‘Global Resistance Economy’
Why South Africa Should Embrace Pakistan’s “Look Africa” Policy
News
powered by Surfing Waves