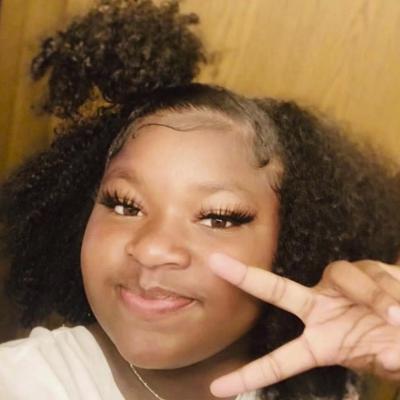 Two examples of the inability of the administration to satisfactorily handle the rise in police violence against the oppressed, are the recent exonerations of law-enforcement officers in the killing of Ma’Khia Bryant (featured image) in Columbus, Ohio in April 2021 and Breonna Taylor during March 2020 in Louisville, Kentucky. Bryant, a 16-year-old in foster care, was gunned down by a police officer called to the scene of a fight between two teenagers.

Amir Locke, a 22-year-old African American youth, was shot to death on February 2 in his bed by a Minneapolis SWAT team which entered his apartment without a warrant.

Locke was not a suspect in any crime and was armed with a licensed weapon he was holding while asleep. 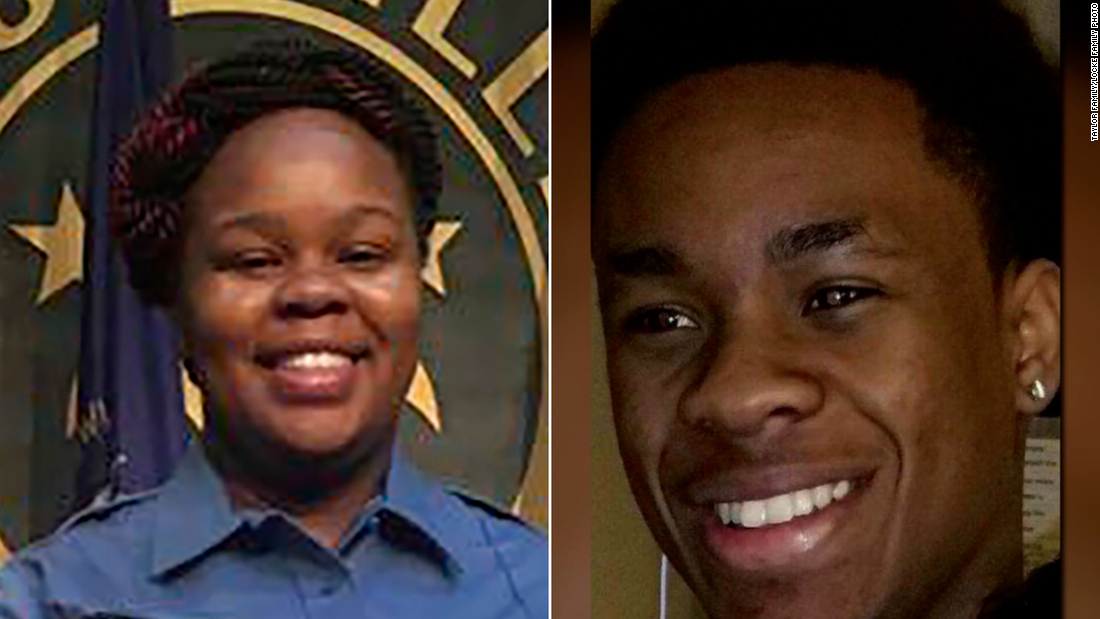 This is the same municipality where George Floyd was brutally murdered in broad daylight on May 25, 2020, sparking an international movement which further exposed the racist and oppressive character of the police in the U.S. The police killers of Floyd have been convicted in state and federal courts, yet the widespread terrorizing of African Americans and other people of color communities continue at a feverish pace.

In Minneapolis, Mayor Jacob Frey, who was in office at the time of the murder of Floyd and the subsequent rebellions in the city and around the country, has now issued a proposal to ban “No-Knock Warrants". However, the problems of police misconduct and brutality are not new to Minneapolis and the recent initiative by the City of Minneapolis does provide loopholes that would allow the type of law-enforcement intrusions into people’s homes that result in many unjustified deaths.
During a press conference on March 14, Frey told the media that: "The purpose here is to give people who are trying to comply, people who are trying to do the right thing, giving them the ability to again, get their wherewithal, answer the call if possible, and to make sure that officers are then entering into a situation where an individual is well-informed about who is entering the place." Nonetheless, there are no prohibitions on the use of lethal force when the police believe that a “exigent" circumstance exists in the minds of law-enforcement personnel. (bringmethenews.com)

Such language by Frey continues to place the onus of responsibility in encounters with the police upon the African American and other oppressed peoples. The assumption is that law-enforcement agencies are composed of people with good intentions devoid of racist and class bias.

Figures which have been gathered in recent years indicate that these false assumptions have no basis in reality. The number of people harassed, stalked, brutalized and killed by police as well as racist vigilantes has increased over the last decade.

A website which monitors the number of people dying at the hands of law-enforcement officers reveals that the problem is worsening. The mass demonstrations and rebellions which have arisen over the previous two years are in direct response to the hostility and aggressiveness of police agencies in the U.S. Among the masses of African American working class people, and their counterparts within other oppressed and marginalized population groups, there is no indication that attitudes towards the police have improved.

When the issues of security are discussed outside the ruling interests of the U.S. and its allies, there is a disconnect between proponents of increased support for the criminal justice system and those who are the victims of police brutality. Even the increase in domestic violence and street crime cannot be attributed to the lack of funding for law-enforcement. The overall social crisis in the U.S. due to economic distress aggravated by the COVID-19 pandemic since early 2020, is never considered by the corporate media as a major triggering factor in interpersonal conflict. 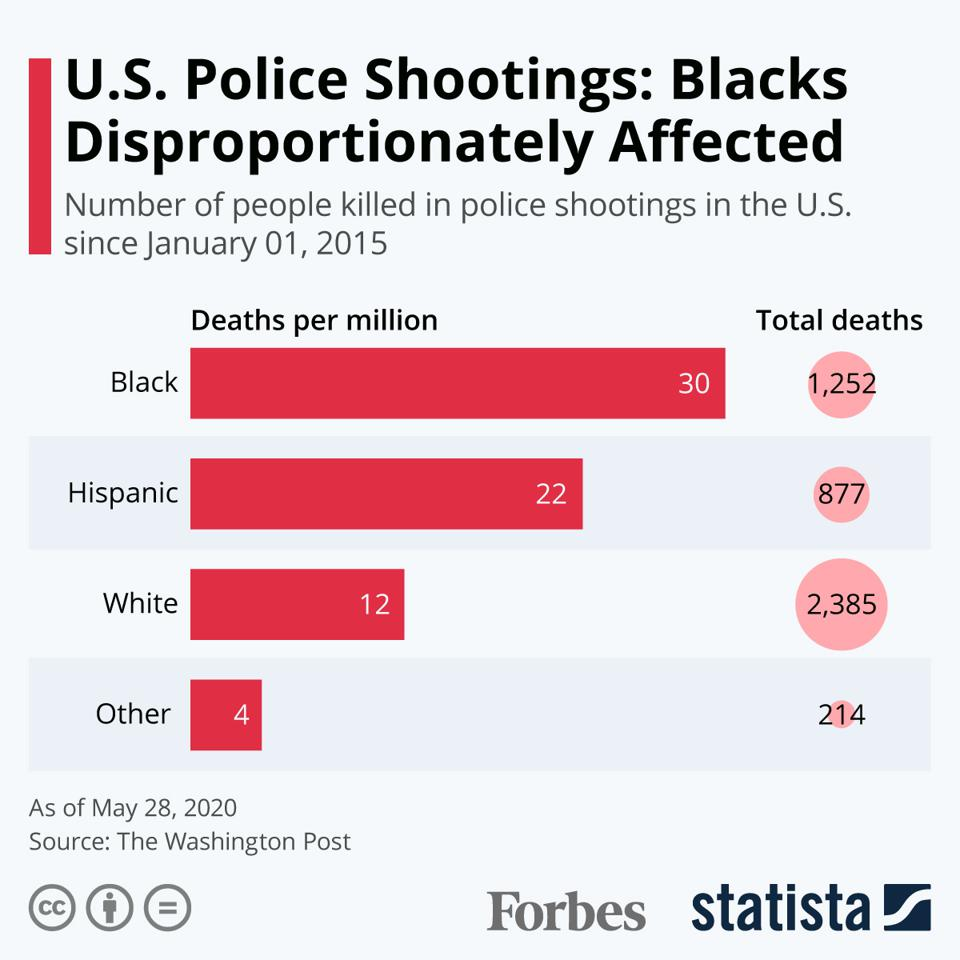 A State of the Union (SOTU) address delivered by President Joe Biden on March 1 drew particular attention from the corporate media when the current administration went out of its way to denounce the slogan “Defund the Police." This slogan did not arise within a vacuum. The calls for the defunding and dismantling of law-enforcement in its present forms is rooted in the centuries-long legacy of policing which has reinforced systems of enslavement, legalized segregation, economic exploitation and national oppression.

Whether or not grassroots activists heard the resounding rejection of the BLM and the antiracist movement as a whole, the pronouncements by Biden did not go unnoticed by the corporate and government-controlled news agencies. Several articles were published the following day which emphasized this portion of the speech.

An article in USA Today, a conservative publication, said of the Biden speech: "’Let’s not abandon our streets. Or choose between safety and equal justice,’ Biden said. ‘We should all agree: The answer is not to defund the police. The answer is to fund the police. Fund them with resources and training they need to protect our communities.’ Biden also noted that the American Rescue Plan provided $350 billion for local governments to hire more police and invest in ‘proven strategies like community violence interruption.’ His statement comes after House Speaker Nancy Pelosi said the slogan ‘has no place’ and is not the Democrats’ position." (www.usatoday.com)

American Rescue Plan (ARP) funds allocated during 2021 have not been proven sufficient to counter the burgeoning economic downturn in the U.S. Inflation is at the highest level in over 40 years and will undoubtedly rise even faster in order to finance the current NATO war in Eastern Europe. There was much discussion during the SOTU speech on the purported threat posed by Russian Federation President Vladimir Putin. However, the major threat in many African American and working class communities are the unbridled racist police and vigilantes, compounding the failure of the Biden administration and Congress to pass legislation to assist the people in their struggle to secure housing, quality education, voting rights, environmental justice, an increase in minimum wages and gender rights.

Priorities Must Be Shifted to a People’s Agenda

2022 is a midterm election year and the present administration in Washington has consistently declined in its approval ratings among the electorate. African Americans are a key voting constituency for the Democratic Party of which Biden is the leader.

Two examples of the inability of the administration to satisfactorily handle the rise in police violence against the oppressed, are the recent exonerations of law-enforcement officers in the killing of Ma’Khia Bryant in Columbus, Ohio in April 2021 and Breonna Taylor during March 2020 in Louisville, Kentucky. Bryant, a 16-year-old in foster care, was gunned down by a police officer called to the scene of a fight between two teenagers.

The Guardian newspaper said of the decision by a Columbus grand jury to not charge the officer: “Ma’Khia was killed in April 2021 by officer Nicholas Reardon as she swung a knife at a young woman, seconds after pushing another woman to the ground. Bryant was Black. Reardon is white…. Ma’Khia was shot four times. The coroner listed the cause of death as a homicide – a medical determination used in cases where someone has died at someone else’s hand but not a legal finding. It does not imply criminal intent…. Ma’Khia’s family expressed disappointment and said: ‘There should have been other non-deadly options available to deal with this situation.’ The family also called for ‘full-scale changes’ to Ohio’s foster-care system. ‘Ohio’s foster-care system is failing our children and we cannot stand by and allow this to continue,’ they said. ‘As the one-year anniversary of Ma’Khia’s death approaches, her family is resolute in their fight for justice on her behalf.’" (/www.theguardian.com)

In the case of Breonna Taylor, the 26-year-old emergency medical technician was sleeping in her bed at home when police raided the apartment without notice. Breonna’s friend in the apartment with her fired shots in self-defense, while the police killed Taylor.

No one has ever been indicted in the death of Taylor. One dismissed officer was charged with reckless discharge of a firearm where bullets landed in another apartment. The former officer, Brett Hankison, was recently acquitted by a jury in Louisville.

The family of Taylor is demanding that the U.S. Justice Department prosecute the police officers involved in Breonna’s death for federal civil rights violations. The Biden administration has been reluctant to utilize its prosecutorial powers by going after police officers who kill civilians without cause. (abcnews.go.com)

This consistent defense of deadly police officers by the courts and the political system is an important priority for African Americans and other opponents of state-sponsored violence and repression in the U.S. If the Biden administration continues to antagonize the workers and oppressed, they will be faced with renewed mass demonstrations and other forms of resistance which could negatively impact their presence and status within the White House and Congress.
By Abayomi Azikiwe
Editor of Pan-African News Wire.
Tags: Police Killings US Racism African-Americans Biden Administration
Share on Facebook
Share on Twitter
Share by E-Mail
Share on WhatsApp
Share on Telegram
Top stories
Mozambique Might Require Foreign Military Assistance To Clean Up Its Hybrid War Mess
Russia-Africa Summit: The Roadmap to Africa, Shift in Geopolitical Relations
China and Russia Launch a ‘Global Resistance Economy’
Why South Africa Should Embrace Pakistan’s “Look Africa” Policy
News
powered by Surfing Waves