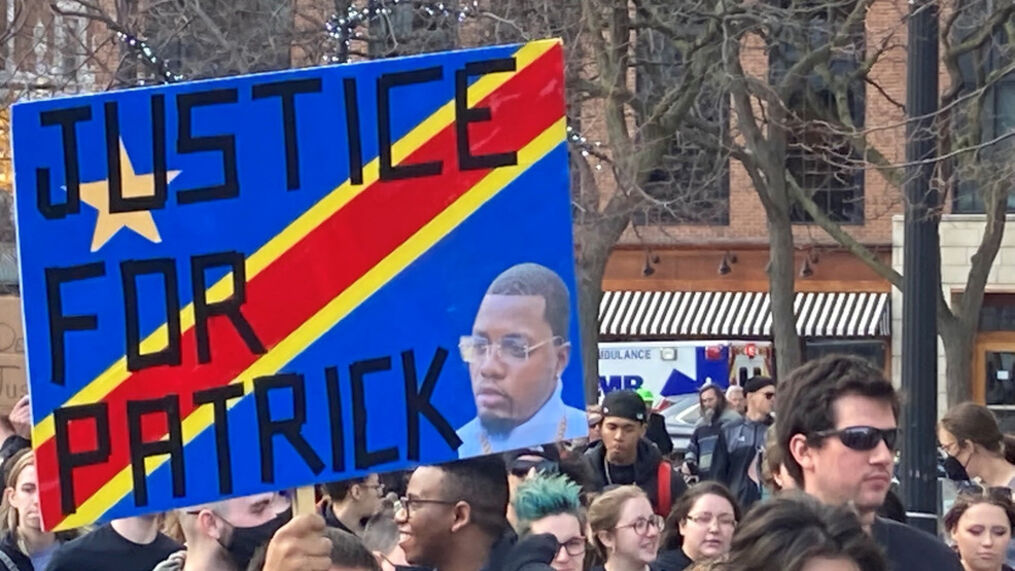 Over two weeks after Patrick Lyoya, 26, was stopped, chased, tackled and shot in the back of the head by a Grand Rapids patrolman, killing him instantly, there still has not been any punitive action taken against the white officer responsible for the death of the Congolese immigrant.

Over two weeks after Patrick Lyoya, 26, was stopped, chased, tackled and shot in the back of the head by a Grand Rapids patrolman, killing him instantly, there still has not been any punitive action taken against the white officer responsible for the death of the Congolese immigrant. 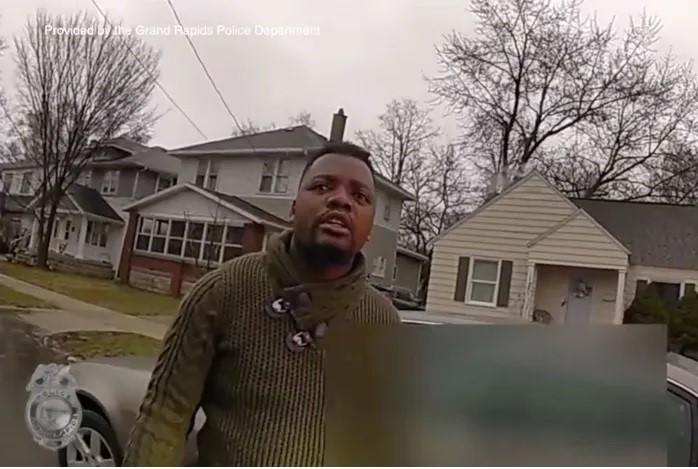 Patrick Lyoya before his execution by Grand Rapids police.

The City of Grand Rapids has refused to even release the name of the officer since he has not yet been charged with a crime.

This incident in a major midwestern municipality clearly illustrates the systematic refusal by the local, state and federal government agencies to address the ongoing deaths at the hands of the police. Two years since the brutal shooting deaths of Ahmaud Arbery, Breonna Taylor, George Floyd and many others, the relevant authorities responsible for the funding and oversight of law-enforcement have refused to take any action to reform the operational culture of the police.

Lyoya’s family immigrated to the United States from the Democratic Republic of Congo (DRC) in 2014, according to quotes cited in the press from his father. Both of his parents are demanding justice in the case.

A videocam from the police officer illustrates the aggressive questioning and posture of the white Grand Rapids patrolman. After Lyoya attempted to get away from the officer, he was pursued and tased. Later the videocam shows Lyoya being tackled and further abused physically. At the instance that the fatal shot was fired to the rear of the head, the police videocam appears to have been turned off by the officer. An independent autopsy requested by the Lyoya family confirmed that he died from a gunshot wound to the back of the head.

Since the killing of Lyoya, people in Grand Rapids have demanded the release of the officer’s name and that he be terminated from the police department. They are also insisting that prosecutors file criminal charges against the unnamed law-enforcement agent. The case has gained international attention due to the fact that Lyoya was an immigrant from Africa and was unarmed.

The government of the DRC and its Prime Minister Jean-Michel Sama Lukonde discussed the killing of Lyoya at a cabinet meeting on April 15 in Kinshasha, the capital of the central African state. The U.S. has extensive business interests in the DRC which is a major producer of strategic minerals.

An article published in the Guardian from the Agence France Press (AFP) said of the situation that: “During a government meeting on Friday (April 15), DR Congo Prime Minister Jean-Michel Sama Lukonde ‘forcefully condemned the cowardly assassination by a white police officer in the United States of a citizen of Congolese origin Patrick Lyoya, unarmed, during a traffic stop,’ according to the minutes of the meeting. He said the U.S. ambassador in DR Congo had expressed ‘his deep regrets and his government’s condolences following this despicable act.’
U.S. (Grand Rapids) police have released four videos from the incident, one of which shows the officer — who has not been named — lying on top of Lyoya as the two scuffled, and then appearing to shoot him in the head." (guardian.ng)

This incident has revealed the actual social character of the U.S. to not only the Lyoya family but to over 1.3 billion Africans living on the continent. The U.S. promotes itself as the paragon of democracy, human rights and peace. However, the country is one of the most violent in the world with thousands killed annually. 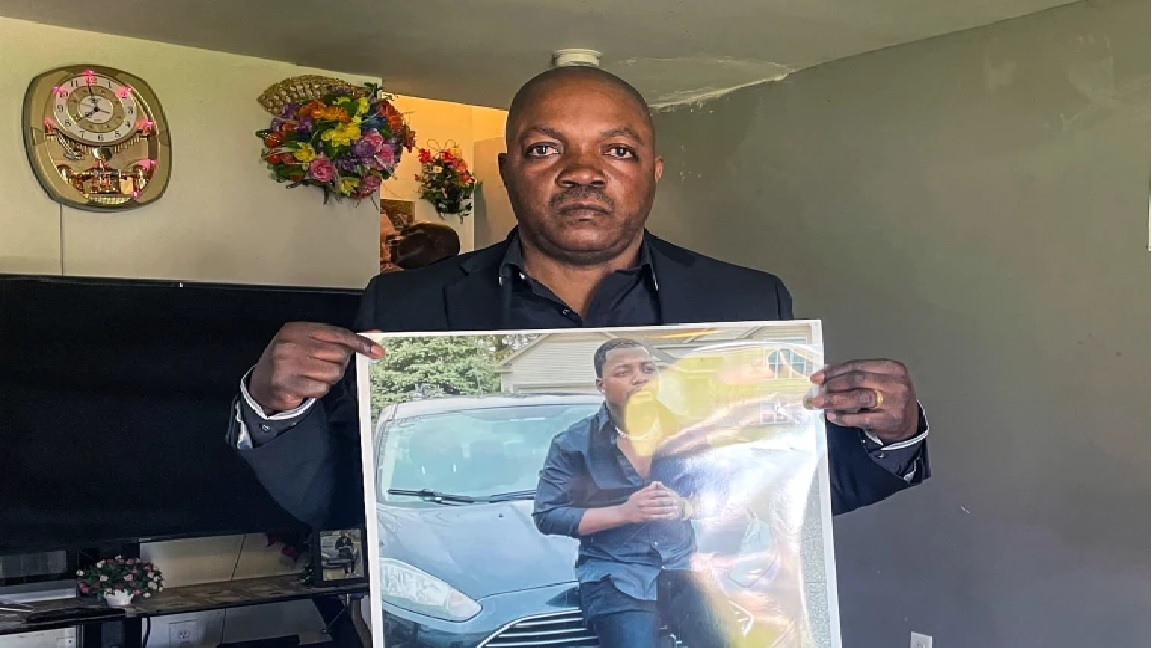 A CBS report on the incident notes: “The father of Patrick Lyoya said his son was ‘killed like an animal’ after recently released videos showed the 26-year-old Black man being fatally shot by a police officer during a traffic stop. The family fled from the Democratic Republic of Congo in 2014 for a safer life in the U.S. ‘I came here to save my family,’ Peter Lyoya told CBS News. ‘My son has been killed like an animal. The one [who] was supposed to be protecting Patrick's life, is the one [who] killed Patrick and take Patrick's life away,’ he added." (www.cbsnews.com)

U.S. Role in the Historic Destabilization of the DRC

The region where the DRC is today has been for centuries a center for exploitation and national oppression. During the period of African enslavement, the Angola and Congo areas were victimized by the Portuguese and French role in the Triangular Trade in human beings and natural resources.

By 1876, the Belgian monarchy had seized large swaths of territory in order to force Africans to engage in rubber production. The Berlin Conference of 1884-1885 awarded the Congo area to Belgian colonial corporations. Conditions were so brutal that millions of Africans died under the rule of colonial agents at the direction of the monarchy. In 1908, the colonial project in Congo was brought under the tutelage of the government in Brussels.

Between 1908 and 1960, Africans were denied education, equal employment, the control over their land and natural resources as well as political rights. A rebellion during 1959 created the conditions for multi-party elections which led to national independence on June 30, 1960.

The first elected leader was Prime Minister Patrice Lumumba, a Pan-Africanist and anti-imperialist with a mass base among the Congolese people. Since Lumumba wanted to end Belgian domination over the resources of his country, he was targeted for liquidation by the U.S. administration of then President Dwight D. Eisenhower. Lumumba was overthrown just three months into his tenure as prime minister. He attempted to flee to the eastern region of the country where his supporters had taken control of several cities and provinces.

However, he was captured with the complicity of the Central Intelligence Agency (CIA) in January 1961. He was held illegally by the puppet collaborators of the U.S. and other imperialist states. By late January he was tortured to death along with two other cabinet ministers in his government.

A series of neo-colonial surrogate regimes were imposed on the vast country for 36 years until Mobutu Sese Seko was forced out of office in May 1997. Nonetheless, the continued domination of the resources of the DRC has hampered its capacity for a much-deserved political stability and economic prosperity.

Consequently, the underdevelopment in the DRC and in other African states, can be linked directly to the ongoing interference into the internal affairs of these mineral rich countries. Therefore, many Congolese nationals have migrated to the U.S. in search of economic opportunities and social stability. However, the U.S. still remains a racist-capitalist and imperialist country. The African American people brought to the U.S. as enslaved persons have been denied full equality, economic justice and self-determination for more than 400 years.
Africans from the continent are viewed by the ruling class and their police agencies as being deserving of the same degree of brutality as all Black people.

The police execution of Patrick Lyoya is a direct result of the legacy of policing in the U.S. which dates back to the early period of European colonial enslavement. Despite the mass demonstrations and rebellions which swept many municipalities during 2020, the current administration of President Joe Biden maintains a similar position as successive leaders: they are all committed to the maintenance of the status-quo as it relates to the role of police in containing the African American people and other oppressed groups.

Biden made his position clear in the State of the Union Address earlier in the year. He denounced the mass slogans calling for the defunding of the police and instead urged more public money for law-enforcement. Additional funding for police departments has been bolstered by the American Rescue Plan (ARP) which was supposedly designed to assist workers and oppressed peoples suffering from the economic and social impact of the COVID-19 pandemic.

Independent activists and mass organizations within the labor and nationally oppressed movements will undoubtedly continue the demands aimed at defunding and dismantling the existing system of policing. This system of policing on a domestic level is reflected in the foreign policy imperatives of the White House and Wall Street.

The Biden administration has pursued the same policies of war and economic domination of the peoples of the world. Russia, China, Iran, Cuba, Venezuela, Ethiopia, Zimbabwe and a host of other states are considered principal enemies of the imperialist ruling class in the U.S. Therefore, the struggle against police terrorism with impunity is inherently linked to broader issues aimed guaranteeing peace and stability from the DRC to the streets of Western Europe and North America.