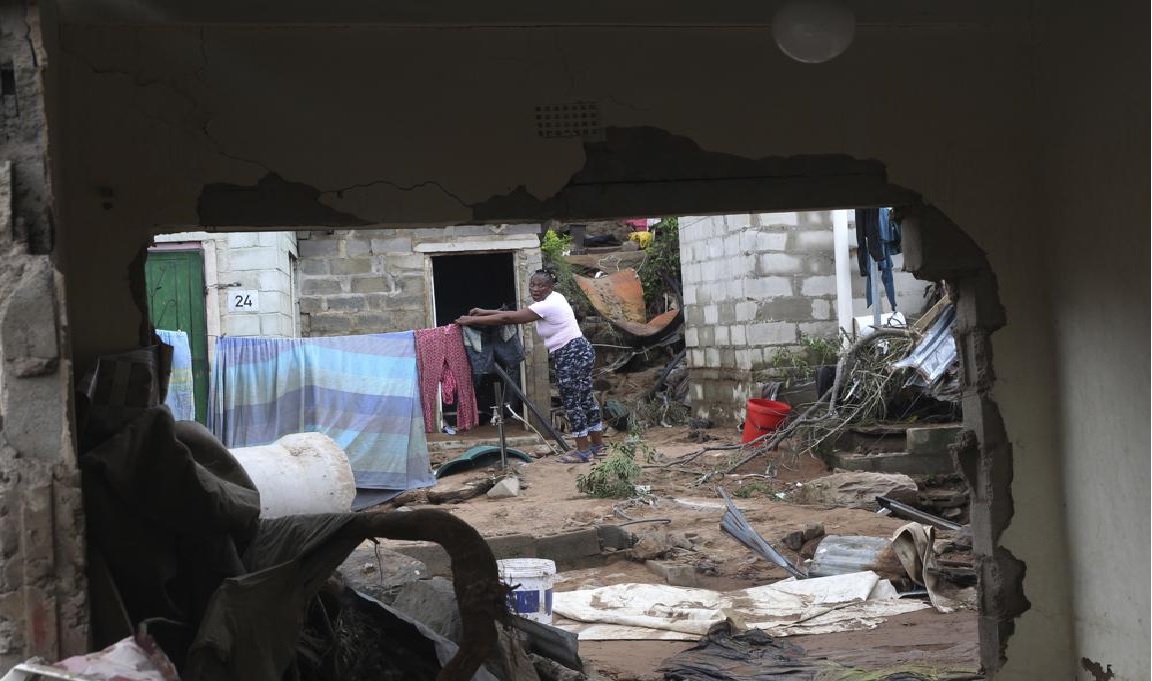 These living arrangements are part and parcel of the continuing legacy of the former racist apartheid system which was rooted in segregation to facilitate the super-exploitation of African labor. Africans and other people of color communities were placed in areas of the country which were away from the central cities.

Another climate disaster in the Southern Africa region has taken place over the last two weeks in the KwaZulu-Natal Province (KZN), where the important port city of Durban is located.

Official reports from the South African government says that several hundred people have been killed due to the flooding while tens of thousands of others have been dislocated and in drastic need of humanitarian assistance.

The government of President Cyril Ramaphosa and the parliament has declared a state of disaster in response to the flooding. The South African National Defense Forces (SANDF) has announced that it is deploying up to 10,000 troops to assist in the relief and rescue operations. 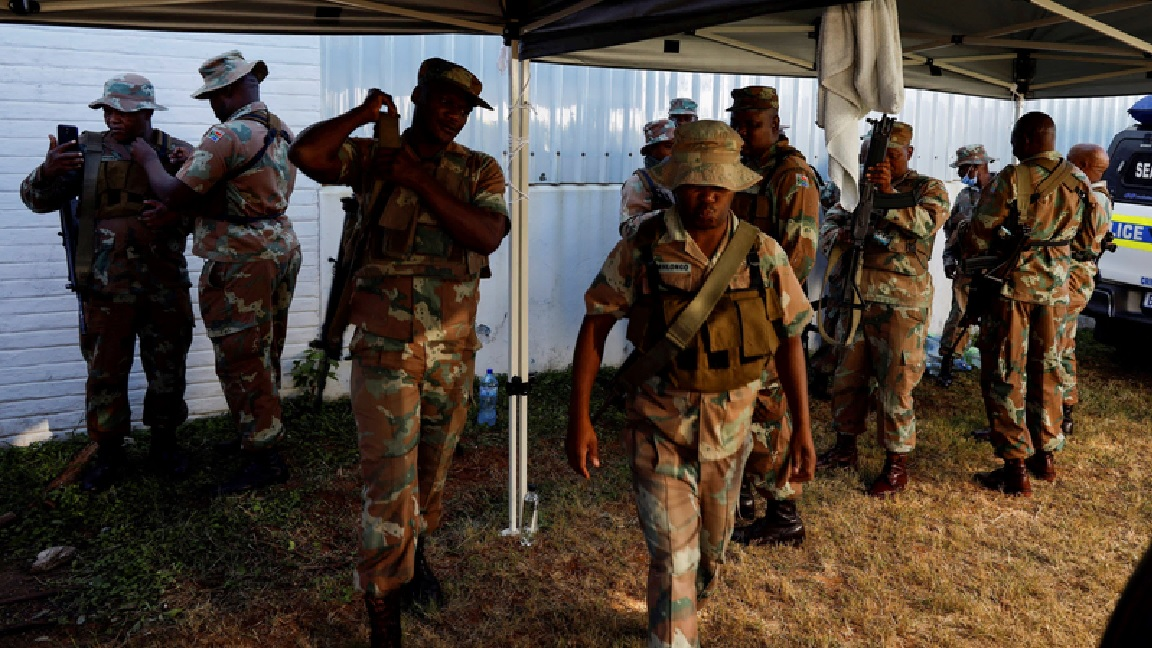 These floods come in the aftermath of a series of other weather events which have been attributed to climate change. Cyclones struck Madagascar, Malawi and Mozambique which had atmospheric impacts throughout the Southern African Development Community (SADC) region.

With specific reference to the recent situation in KZN, the provincial Premier Sihle Zikalala said that although the government has reprioritized R1 billion (approximately $US63 million) to be allocated to disaster assistance, his assessment is that more than R1.9 billion ($US119 million) are needed to restore the affected areas. Temporary Residential Units (TRUs) for dislocated people are already being constructed. There are contractors operating in the Ilembe, Ugu districts as well as eThekwini, which began on April 22.


In the port city of Durban itself, Zikalala noted the provincial administration was completing evaluations of locations in the municipality in regard to their suitability for building new residences for the displaced. As of April 24, 17,438 households have been impacted by the floods leaving 121,687 people affected. Officially some 435 people have been confirmed dead while another 53 are being reported as missing. 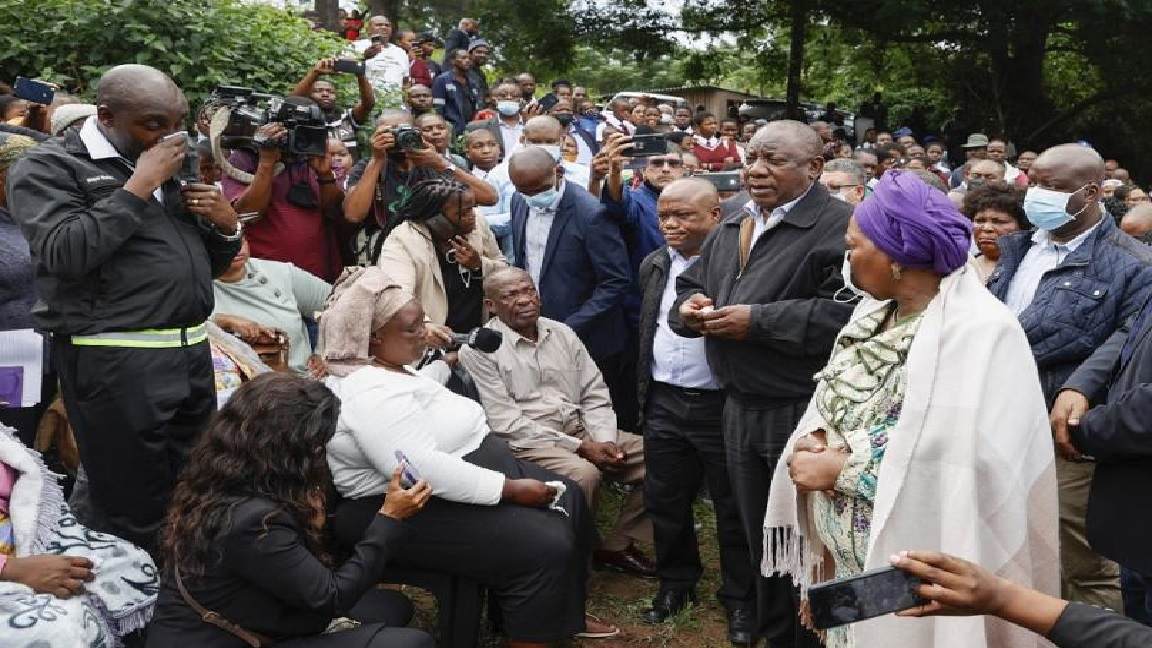 An article published by IOL says that: “’As we continue with the construction of TRUs, our focus is to accommodate more than 4 396 families that are accommodated in halls, churches, schools,’ Zikalala said. He said they were also acknowledging those accommodated by neighbors and relatives. ‘We are encouraged by the support we are getting from the national government. An integrated approach involving three spheres of government is assisting to ensure speed and efficiency in the interventions,’ Zikalala said." (www.iol.co.za)

Conditions resulting from the flooding include the loss of electricity and water resources placing thousands in darkness and thirst. However, volunteer plumbers and electricians began to repair the water pipes and electrical services in some areas.

In the eThekwini municipality spokesperson Msawakhe Mayisela emphasized that over 20 teams including contractors and public service staff are working to make sure that the power is restored in the affected areas. These teams will also prioritize the repairs which were needed prior to the floods. Mayisela said that sub-stations and electrical equipment were severely damaged or left underwater. These infrastructural problems have caused further delays in power restoration. Consequently, the damaged infrastructure is prompting periodic power outages in areas of KZN such as Newlands, Ntuzuma, KwaMashu, Inanda and uMhlanga.

As of April 20, electricity supplies were restored to many parts of the region. Nonetheless, areas such as Phoenix, Verulam, Umzinyathi and OThongathi remained without power.

Rescue teams were reported to be working during the April 27 Freedom Day, marking the 28th anniversary of what is described as the “Democratic Breakthrough", when millions of South Africans voted for the first time in multi-party elections. Those elections in late April 1994, brought the still-ruling African National Congress (ANC) to power.

The current social and humanitarian crisis taking place in South Africa poses a major challenge to national, provincial and local governmental entities. While the government in Pretoria is attempting to turn the page on the monumental impact of the COVID-19 pandemic, there is yet another major climate event which will further aggravate the already existing challenges facing the sub-continent.

Sources indicate that the recent flooding in KZN is the highest ever recorded rainfall in South Africa. These heavy rains and consequent flooding came amid the persistent and recurrent drought which has plagued the entire SADC region for nearly a decade.

Many of the people dislocated during the recent floods lived in informal settlements and other impoverished residential districts. The topography of the affected KZN areas is characterized by hills and valleys making substandard constructed houses extremely vulnerable to the worst effects of heavy rains.

These living arrangements are part and parcel of the continuing legacy of the former racist apartheid system which was rooted in segregation to facilitate the super-exploitation of African labor. Africans and other people of color communities were placed in areas of the country which were away from the central cities. These communities were systematically denied the adequate planning and infrastructure to build viable housing units in locations not as readily prone to natural disasters.

Dangerous weather events have increased in the Southern Africa region since 2015. Meteorologists have warned of the need to reduce greenhouse gas emissions stemming from industrial production, mining and power generation facilities. South Africa is in dire need of a complete restructuring of the energy system. The government-owned ESKOM power company has been criticized for periodic outages which disrupt economic and social life.

According to the Global Citizen, the present situation is a reflection of the social engineering under which the economy was built. For a number of reasons, the ruling ANC’s Reconstruction and Development Plan (RDP), which was drafted during the early years of present political system, has not met its overall strategic goals. There must be large-scale investment by the government into infrastructural improvements. Yet the exigencies of running a government which has faced a decline in the foreign capital investment under which it thrives, has hampered the realization of a genuinely equal and democratic society.

Khanyi Mlaba and Gugulethu Mhlungu wrote in the Global Citizen that: “Another issue that needs immediate attention is the failure on the part of wealthy countries to deliver on their promise of $100 billion a year every year from 2020-2025 to help low-income countries (which contributed the least to cause the climate crisis) adapt to climate change — a pledge that countries have now said won't be met until 2023. This funding could go a long way in countries like South Africa that are currently experiencing some of the worst impacts of climate change so far. Natural disasters alone are a major cause of destruction and a significant obstacle in the mission to end extreme poverty, leaving nations to spend considerable resources on recovery and rebuilding. Add the impact of spatial planning into the mix — knowing that without it, the effects of natural disasters in South Africa would not be as immense — and poverty is undoubtedly exacerbated." (www.globalcitizen.org)

Nonetheless, this failure to address climate change through a much-need shift in the international division of labor and economic power, is having devastating consequences in the capitalist industrialized countries of the West where acute weather events are becoming more frequent as well. The COP26 United Nations-sponsored climate conference held in Glasgow, Scotland during October-November 2021, illustrated the ability of the United States to interfere and disrupt the proceedings in order to veto any language from the final resolutions that would threaten the dominance of imperialism.

It is well documented that the Western capitalist and imperialist states have been and remain the greatest polluters in the world. The damage which the U.S. Defense Department, the Pentagon, carries out during its consistent wars of regime-change and occupation must be addressed by the international environmental movement. Without a focus on ending U.S. imperialist-militarism the climate crisis cannot be adequately addressed. ()

South African Minister of Cooperative Governance and Traditional Affairs, Dr. Nkosazana Dlamini-Zuma, said of the present situation in KZN: "This also tells us that climate change is here with us. The scientists have been telling us that the eastern side of the country is going to be wetter and will have frequent floods; the western parts of the country will be drier and have frequent droughts. We thought it was something in the distant future, but if we look at what has happened in the last five years …clearly, climate change is with us, and we are beginning to feel the effects of that." (www.news24.com)

These climate change disasters require activism on a global scale. People within the western capitalist countries should view their activism against environmental degradation and the frequency of extreme weather events as also being carried out in solidarity with the working and oppressed peoples across the world. In fact, the ideological positions of western environmentalists should recognize the role of their own governments, banks and other corporations as being the main source of climate change affecting the social stability of the immense majority of humanity.
By Abayomi Azikiwe
Editor of Pan-African News Wire.
Tags: 2022 KZN Floods Climate change Capitalism
Share on Facebook
Share on Twitter
Share by E-Mail
Share on WhatsApp
Share on Telegram
Top stories
Mozambique Might Require Foreign Military Assistance To Clean Up Its Hybrid War Mess
Russia-Africa Summit: The Roadmap to Africa, Shift in Geopolitical Relations
China and Russia Launch a ‘Global Resistance Economy’
Why South Africa Should Embrace Pakistan’s “Look Africa” Policy
News
powered by Surfing Waves