Russian Hit-Back Against The Western Countries Is Yet To Begin 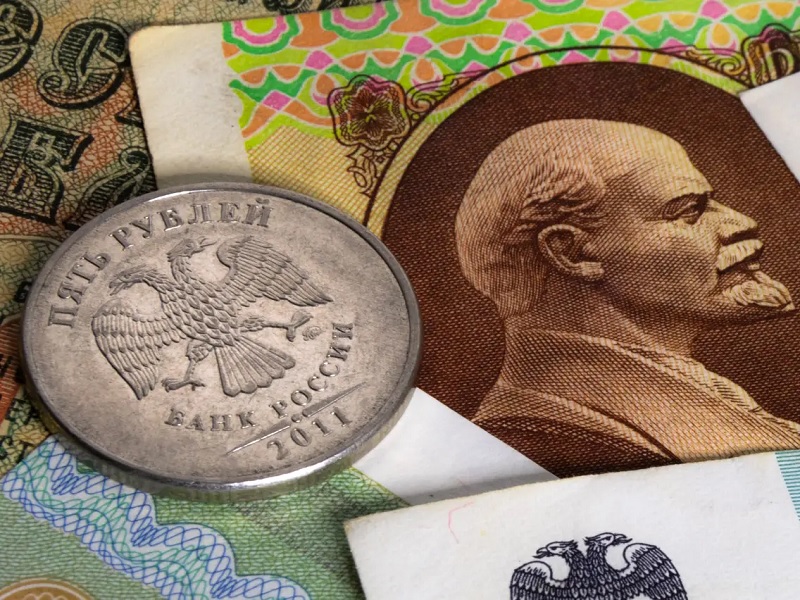 Let's analyze the counter-sanctions levers that Russia has at its disposal.

Let's analyze the counter-sanctions levers that Russia has at its disposal.

Russia could severely hurt the European countries by controlling the supply of fossil fuels to Europe and other western allies. Russia supplied 49 percent of oil, 74 percent of natural gas, and 32 percent of coal to Europe in 2021. Any distribution in the flow of fossil fuel by Russia could have a consequential impact on fossil fuel prices, which are already sky-high. All types of fossil fuels are in short supply because investment in the fossil fuel sector has declined in the last two years due to the Covid-19 pandemic and responding the climate-change mitigating measures.

The rate of oil and gas extraction cannot immediately increase by non-Russian producers. If Russia, the world's third-biggest oil producer and the largest exporter of natural gas, cuts the supply of these fossil fuels, the prices will skyrocket.

The European countries will soon have to pay €2,000 per 1,000 cubic meters of natural gas. Due to the price hike, Russia can double its revenue by cutting half of its oil and gas supply. Russia has already inflicted pain on European countries, which are heavily reliant on Russian natural gas imports. Russia suspended supplies to Poland and Bulgaria because they didn't fulfill the Russian demand to pay for the gas in rubles.

After two weeks of the Russian attack on Ukraine, the food prices in Europe have skyrocketed. The wheat price could be a pressing issue for western countries. Russia and Ukraine together share about 30% of the global wheat supply. Due to war, Ukraine will be unable to supply pre-war levels. If Russia halts the wheat supply, the European countries are at serious risk of food insecurity. The prices of corn, soybeans, and vegetable oils have also soared high already.

The wheat price rose to an all-time high due to an imbalance of demand and supply in the world market before Russia attacked Ukraine. Notably, food cannot be grown in three shifts a day, seven days a week, that can be done in a manufacturing plant. It takes a season to produce crops, and if farmers miss a season, they need to wait until another season. Food is a severe weakness of the western countries; Russia could choke them.

Russia has tremendous clout in the global fertilizers trade as it is one of the largest exporters of fertilizers worldwide. It could disrupt the global supply chain of vital agricultural inputs. The Fertilizer Institute data suggests that Russia shares 23% of ammonia, 14% of urea, and 21% of potash exports. Similarly, Dutch lender, Rabobank said that Russia and Belarus combined exported more than 40% of global exports of potash last year. It also suggested that Russia exports about 14% of Monoammonium phosphate.

Russia could strangulate the West by disrupting the export of potash, ammonia, urea, and other soil nutrients. These fertilizers are the primary source of a high yield of corn, soybeans, rice, and wheat. Consequently, the Western farmers will face higher agricultural input prices, shortages of fertilizers, and a sharp decline in crop yield. Serious riots and social unrest are likely to trigger in Europe due to the Russian-induced high price of food and fertilizer and their shortage in the future.

If Russia halts the export of nickel, it will immediately stop half of all global nickel exports for the manufacturing of kitchenware, mobile phones, medical equipment, transport, buildings, and power plants.

Similarly, if Russia stops the export of palladium, there will be a scarcity of palladium for industries that manufacture catalytic converters, electrodes, and electronics. Palladium is used in the chip industry as it is a crucial input to sensors, memory, and storing energy and broadcasting equipment, computers, and other uses. The US imports 35% of palladium for its high-tech manufacturing from Russia.

Similarly, a quarter of aluminum for vehicles, construction, machinery, and packaging industries of the western countries will be affected, which will lead to massive price hikes in the Western countries and the rest of the world.

Russia could perturb the Western aerospace industry by halting the supplies of Titanium which Russia is a crucial exporter of as it shares about 30 percent of supply globally. Russia is one of the world's largest titanium producers as it produces up to 40,000 metric tons of titanium each year.

Russia can blow up Europe's Airbus, which purchases about half of its titanium from Russia, and the US Boeing, which also imports a considerable quantity of the metal to manufacture aircraft.

The nickel price rose to $25,000 a ton for the first time since 2011, while Palladium prices jumped to their highest level since last August due to the Russia-Ukraine conflict. Russia could strangle Western countries' high-tech manufacturing.

Russia not only inflicts pain on Western countries by preventing food, fertilizers, and raw materials export but forest products. Russia is the largest lumber supplier in the world. It is the seventh biggest exporter of forest products globally. Russia exports 40% of its forest products, such as softwood lumber and paper products, to China, and the rest goes to Europe. Russia has the option to retaliate against European countries by halting the export of forest products which lumber, paper, pulp, and furniture industries of Europe will face severe problems because of price hikes and competition with China.

Few and far between (rare) gases

Russia could use another path to hit back at the US semiconductor industries by disrupting the supply of rare inert gases. The US supposes the semiconductor as a crown jewel of its high-tech manufacturing. Gabrielle Athanasia and Gregory Arcuri wrote, "Recent Russian offensive operations along the Black Sea coast have forced at least two of the three major Ukrainian air-separation firms (Cryoin and Ingas) to shutter their operations in Odesa and Mariupol, halting a significant portion of the world's noble gas exports." They added, "Ukraine is the world's largest supplier of noble gases, including neon, krypton, and xenon. Globally, Ukraine supplies about 70% of the world's neon gas and 40% of the global krypton supply. Moreover, Ukraine supplies 90% of the highly purified, semiconductor-grade neon for chip production used by US industry." Russia can bombard and destroy these Ukrainian facilities to unsettle the American semiconductor industry.

After the Western countries froze the Russian foreign assets held in custody accounts of western central banks retaliating over Russia invading Ukraine, it accelerated the dismantling of the US dollar-based financial and economic world order.

The Eurasian Economic Union (EAEU and China will use their national currencies and clearing mechanisms supported by bilateral currency swaps. The Western Reserve currencies will be irrelevant as they are immediately replaced with national currencies and gold. The Russian and Chinese want to place an economic order that will involve the creation of a new digital payment currency founded through an international agreement based on principles of transparency, fairness, goodwill, and efficiency. They have a plan to make a basket of currency that could be proportional to the GDP of each country, based on purchasing power parity, share in international trade, population, and territory size of participating countries. They have a plan to use this new currency exclusively for cross-border payments.

The new financial system will end the era of the supremacy of the printing currencies and supply them as the global reserve currency. The US will also lose the current leverage of Society for Worldwide Interbank Financial Telecommunication (SWIFT) as a weapon for foreign policy.

This article was originally published on OneWorld.press
By Bhim Bhurtel
Teacher of Global Political Economy in the Master's program at Nepal Open University. He also writes on global affairs at home and abroad.
Tags: Russia US EU
Share on Facebook
Share on Twitter
Share by E-Mail
Share on WhatsApp
Share on Telegram
Top stories
Mozambique Might Require Foreign Military Assistance To Clean Up Its Hybrid War Mess
Russia-Africa Summit: The Roadmap to Africa, Shift in Geopolitical Relations
China and Russia Launch a ‘Global Resistance Economy’
Why South Africa Should Embrace Pakistan’s “Look Africa” Policy
News
powered by Surfing Waves