Libya still plagued by conflict: there is no hope for stability 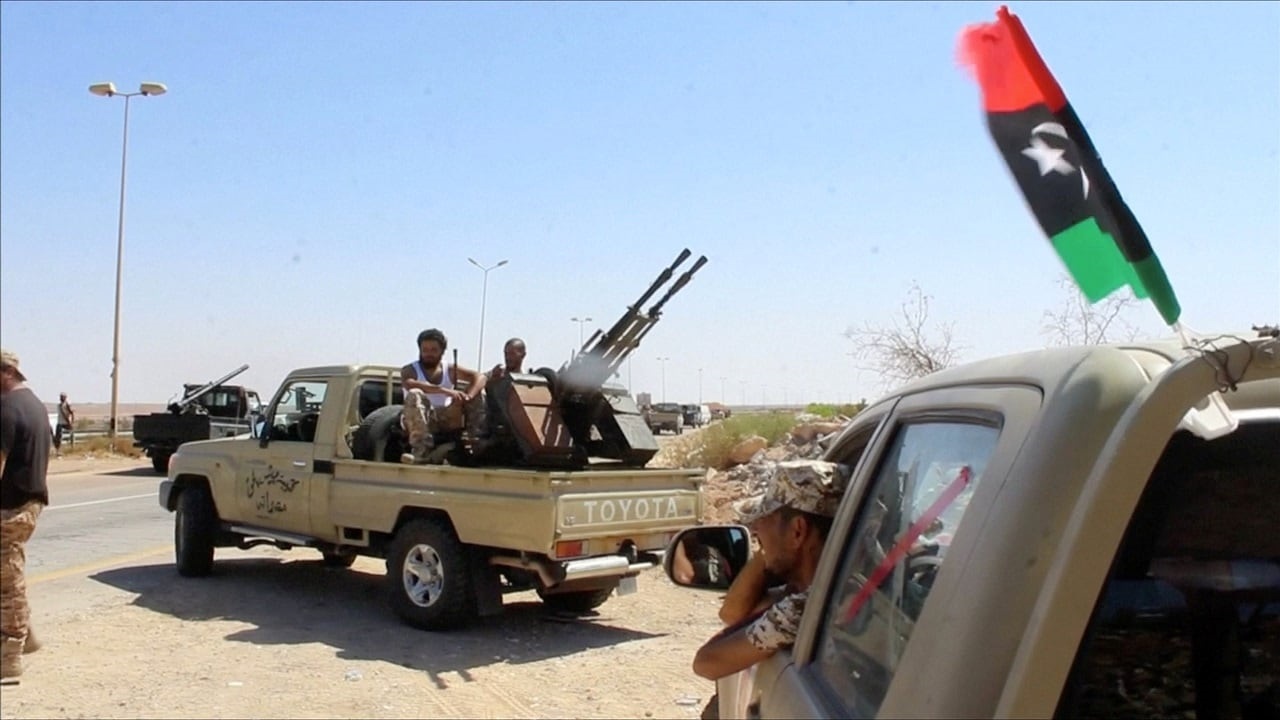 The Tripoli Municipal Council revealed that five people were injured; four of them are civilians, the fifth belongs to Diplomatic Security, and a member of the “166th Brigade” Misurata supporting Bashagha was killed, in the vicinity of the Al-Nawasi Brigade camp.


Violent fighting took place inside the Libyan capital, Tripoli, and its streets witnessed clashes and exchanges of fire, with violent clashes erupting in the city of Al-Zawiya. Al-Zawiya, west of Tripoli, frequent clashes between armed formations battling over areas of influence and points of deployment inside the city. As for the Tripoli clashes, the prime minister elected by the parliament in eastern Libya, Fathi Bashagha, tried to enter the city, to claim power.

Where schools were closed and traffic during the morning rush hours was much less than usual because of the sounds of heavy weapons and machine guns, the central neighborhoods, where the government of current Prime Minister Abdel Hamid Dabaiba controls, do not witness. The Libyan House of Representatives assigned Bashagha to head the government last February, but Dabaiba refused to remain in his position and refused to hand overpower.

Bashagha plays a role between the House of Representatives and the state regarding constitutional entitlement, after agreeing on about 137 articles of the constitutional draft to ensure the transfer of power, according to elections in which the will of the Libyan people is embodied.

The Special Adviser to the Secretary-General on Libya, Stephanie Williams, was able to reach a preliminary consensus that included the second chapter on rights and freedoms, in addition to the two chapters on the legislative and judicial authority.

And another attempt to destabilize new movements of ISIS elements in the southwest of Libya will result in the implementation of terrorist operations that are directly linked to the current “political Islam in the Libyan West.” ISIS reinforcements. And those electronic platforms published about ISIS during the month of Ramadan, pictures of armed men preparing breakfast food in the desert, with many weapons in light of the political division in the country and the agreement on the constitution.

While the capital, Tripoli, renewed clashes between forces loyal to Bashaga and Dabaiba, and Dabaiba declared his victory in this confrontation, calling it the “coup project,” while Bashagha said that he chose to defuse “the fuse of sedition” and take the city of Sirte as the seat of his government. The Tripoli Municipal Council revealed that five people were injured; four of them are civilians, the fifth belongs to Diplomatic Security, and a member of the “166th Brigade” Misurata supporting Bashagha was killed, in the vicinity of the Al-Nawasi Brigade camp. As a result, a number of figures close to Dabaiba, whom he accused of collaborating with Bashagha, were dismissed, including Osama al-Juwaili, director of the Military Intelligence Department, and Mustafa Kaddour, commander of the al-Nawasi Brigade, who was dismissed from his position as deputy chief of the intelligence service. And Undersecretary of the Ministry of Culture and Knowledge Development Khairy Al-Mukhtar, indicated that Dabaiba will proceed to dismiss military and civilian officials loyal to Bashagha, especially in Tripoli.

Diplomatic moves from Egypt, Algeria, and Morocco regarding the Libyan file to push for a change in attitudes towards Libya and a political solution to end the conflict through elections are an entry point for settling the problem of the power struggle. Turkey is also aware that the international powers are now unable to bear the absence of a political solution in Libya, because the cost of this delays the operation of the oil fields, while Egypt wants to correct its position and change some of its foreign policy vocabulary, especially at the level of the Libyan file, while Algeria confirmed that Where it faces international policy trends, while it faces a different situation in Libya, as its policy failed to provide any solution to the Libyan issue. As for Morocco, which managed the Skhirat meetings and then Bouznika meetings, the Moroccan Foreign Ministry announced its appreciation for the Libyan state institutions assuming their responsibilities, and it is aligned with the Fathi Pashaga government.

What is the impact of the clash on the future of the conflict in Libya?

Bashagha's attempt raised fears of plunging the country again into an open conflict between East and West in light of the simple progress of the elections, and the political road map that was reached with the support of the United Nations was supposed to end this situation and work to restore stability, but a state of turmoil and division. And the emergence of ISIS forces once again is working to impede stability, by imposing a blockade on Libya’s oil facilities by forces in eastern Libya linked to military commander Khalifa Haftar, who support Bashagha, which resulted in halving the primary source of foreign revenue.

U.S. Relations with Libya, President Joe Biden sees developing a strategy to end or prevent violence in fragile areas prone to conflict around the world, in addition to supporting civil society in conflict areas and working on reconciliation and democratic progress. And begin to change and impose alternative political options for peace and stability, as it operates in a difficult environment to obtain domestic funding, which makes it open to foreign funding that is rejected by the Libyan people. The US Congress relied on the Libya Stability Law, which aims to support diplomatic solutions through the United Nations mechanism, and prevent foreign parties from flooding the country with weapons and mercenaries, but so far that strategy has failed to change the situation in Libya due to the Biden administration's failure to strengthen the Stability Law.

Finally, Libya does not need more intervention by international laws or Arab conferences with the aim of stability, which no longer exists. Rather, it needs serious implementation on the ground for peace.