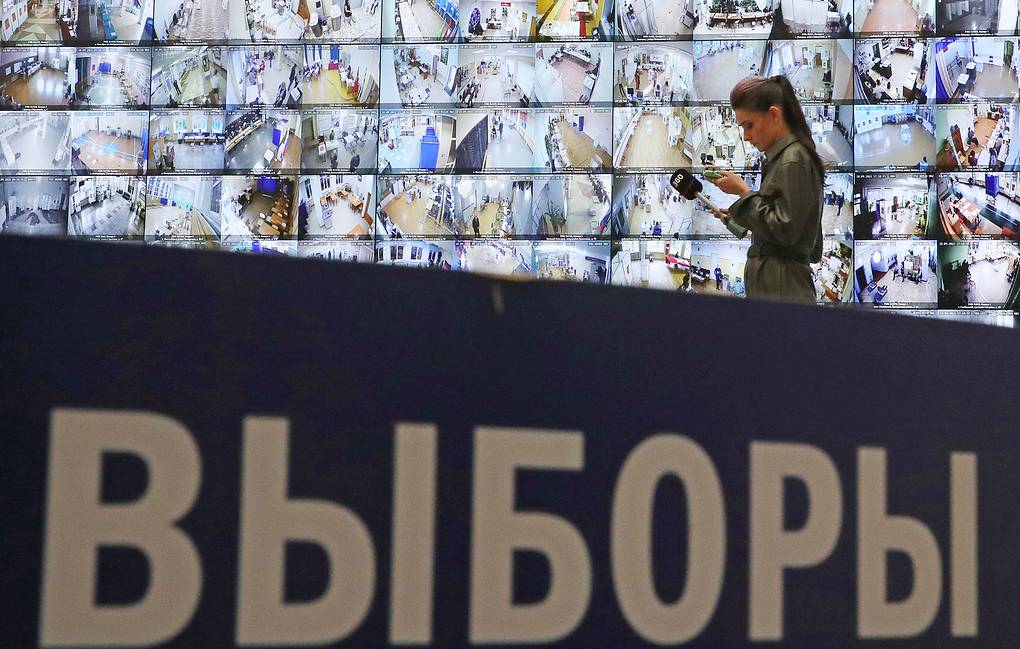 This election marks a watershed moment in Russian national security policy, whose large international implications will not be immediately perceived by the Western strategic policy community which remains a prisoner of its own false narrative of Russia as a country which is sooner or later bound to fail.


Russia, confident that it has seen off major US challenges to its sovereign independence, looks forward to its growing world role following significant elections on Sunday. On September 19, punctually five years on from the last 2016 State Duma elections, Russian voters will elect all 450 members the Duma, the lower house of Russia’s Federal Assembly (parliament). United Russia, the ruling party which won 342 seats in the 2016 election with 54.2% of the vote, has said it expects to win again, with at least 301 seats. United Russia intends to remain the leading political force in Russia.

In preparation for this election, the United Russia party has been undergoing major internal personnel renewal and policy review. Many United Russia deputies in the old Duma will not run again: about half of their 2021 candidates are new.

Current Prime Minister Mikhail Mishustin — Putin’s choice — is “warming the seat” at least until after the election. A loyal technocrat, he is not a member of United Russia or any other party. Whether he will stay on as prime minister remains to be seen.

If Shoygu and Lavrov win Duma seats as predicted, they would resign their present key posts as defence minister and foreign minister. They could expect to gain influential Duma posts as former top ministers. Putin has said it is their decision, though he says he will be sorry to see them go. But both men would surely be standing down now with his blessing.

This election marks a watershed moment in Russian national security policy, whose large international implications will not be immediately perceived by the Western strategic policy community which remains a prisoner of its own false narrative of Russia as a country which is sooner or later bound to fail.

Continued United Party dominance is a foregone conclusion: the only two potential rival parties (Communists and Zhirinovsky nationalists) are both a long way behind. By holding these elections now, on time, Russia is signalling to the West and to others that it is comfortable in its own political reality, irrespective of Western views. There have been many signs of this growing confidence over the past few years.

Strikingly, in a recent major address, Lavrov spoke from prepared remarks which read very much like a valedictory message to his putative successor. Key paragraphs:

“The main objective facing every foreign minister is to uphold the interests of their countries … Russia’s foreign policy concept says that the aim of our foreign policy is to create maximally favourable external conditions for Russia’s development, for its economic growth, better social services and living standards, and its security in every sense. We should defend the rights of Russians internationally, be it just travellers, or nationals living abroad for some or other reasons, or Russian business people, who often face discrimination.

“Today, in working to create favourable external conditions for our domestic development, we have to take into account the policy that the West has pursued towards us for a number of years now. It was launched long before the Ukrainian events. The first sanctions were introduced long before them. This policy is about the US-led West being displeased with the loss of dominance it enjoyed for several centuries. New power centres have emerged, centres of economic and financial might, centres of political influence. The West wants to contain the development of these alternative power centres in every way. But it is unaware that it is engaging in futile attempts, given the objective nature of the processes that are shaping the multi-polar world. Openly declaring the course for the containment of China and Russia reveals the essence of the Western plan…

“The US-led West has entered into an unprecedented confrontation with Russia. It is introducing illegitimate sanctions and using other tools of unscrupulous rivalry. They are attempting to slow down our development. Taking into account this approach, we engage in import substitution in the broadest sense of the word in a bid to replace all that depended on our technological relations with the West. I am referring not only to food but also high technologies and defence technologies. Our aim is to do away with dependence on others in spheres that are crucial to our security and everyday life.

“But we are not lapsing into autarchy, self-isolation or confrontation. We are open to cooperation with all parties that are ready to do so, on an equal basis without ultimatums or diktat and with reliance on the experience of negotiating diplomacy and a search for compromises and a balance of interests. If the West is prepared to accept this, we will resume our relations on a mutually beneficial basis at a moment’s notice. At the current stage, however, we are not and cannot be sure of our partners’ reliability. We must secure ourselves while remaining open to the world. But we will not depend on this world in the critically important fields of our life and development.”

Lavrov’s candid words here restate important and familiar themes of recent years. He sums up the Kremlin’s confidence that Russia’s present geostrategic situation is secure enough that Putin can let his two most crucial national security ministers, Shoygu and Lavrov, move into new stages of their careers by becoming leading United Russia politicians. Their tasks will be to mentor and educate the Duma along the safe policy paths they have helped to chart as Putin’s most trusted and effective ministers.

This election’s changing of the guard marks Kremlin confidence that it has seen off successive regime change threats and challenges mounted by the West since 2013-14.

In and despite these years of attempted political destabilisation and mounting economic and personnel sanctions pressure, Russia has steadily forged ahead with opening new economic and strategic alignments with China and with governments in what used to be called the Third or Non-Aligned World.

At the level of strategic nuclear deterrence, Russia has modernised and demonstrated the invulnerability of its multi-functional second strike nuclear deterrent: and the national will to exercise it, in any existential threat to Russia.

In Syria, in the Black Sea around Sevastopol, and in the Baltic, the strength and alertness of Russian conventional self-defence forces has been demonstrated. The military balance is secure, and at a cost Russia can afford.

Putin is confident enough now to let Shoygu and Lavrov stand down and go to the Duma. He knows they have helped him to lay strong national security foundations. Weaker reeds are being humanely eased aside.

These elections show that this nation is not the weak and self-doubting Russia of the 1990s and early 2000s. Russia has now reached a stage of national resilience where it is indifferent — actually immune — to even the most sophisticated US, UK and NATO “gaslighting” strategies. Putin and Lavrov and others, e.g. National Security adviser Patrushev, foreign affairs spokesperson Zakharova, have made clear that Russia has long since ceased to seek Western approval for its actions. Russia has since 2014 acquired enormous resilience and self-confidence bred of success.

As Lavrov notes, Russia now sees a world of opportunities for successful classic mutual-interest diplomacy. Even in NATO Europe, the expanded Baltic gas pipeline to Germany is about to start delivering essential gas at fair prices into Europe.

More and more, the US-NATO bloc looks like an angry resentful rump of countries in relative decline as world power balances move towards China, Russia and what used to be known as the Third World. Russia and China both see great opportunities in East Asia, Southeast Asia, and Central Asia, through such multilateral initiatives as Belt and Road, Shanghai Cooperation Organisation, and Eurasian Economic Union. Russia sees favourable prospects for normal diplomacy and trade with Japan, South Korea, ASEAN, South Asia, the Middle East including now Afghanistan, Africa and Latin America. BRICS is a strong and meaningful organisation, which is more than can be said for the faltering Quad anti-Chinese containment concept, fraught with internal contradictions and by now pretty clearly on life support.

United Russia will remain Russia’s governing party. The Communists and Zhirinovsky nationalists will remain significant alternative voices, but both safely in the minority. Navalny has been neutralised. Occasional dissident politicians may get up in sophisticated city electorates or in Russia’s somewhat maverick Far East (rather like our Western Australia).

Russia will remain for the next five years stable and strong. Its parliamentary model is far from the Anglo-American Western two-party democracy model. But Russians see our model as pretty much a false narrative anyway: as they see it, and they have been given much evidence for this, whether George Bush Jr, Barack Obama, Donald Trump or Joe Biden sits in the White House, the destructive global hegemonic ambitions of the US bipartisan strategic elite and its Five Eyes satraps remain pretty similar. Russia is quietly confident now that, at least for the next five years, it has seen off major US challenges to its sovereign independence.