The Great Games of Diplomacy: Russia Sees Neocolonialism as An Investment Barrier in Africa 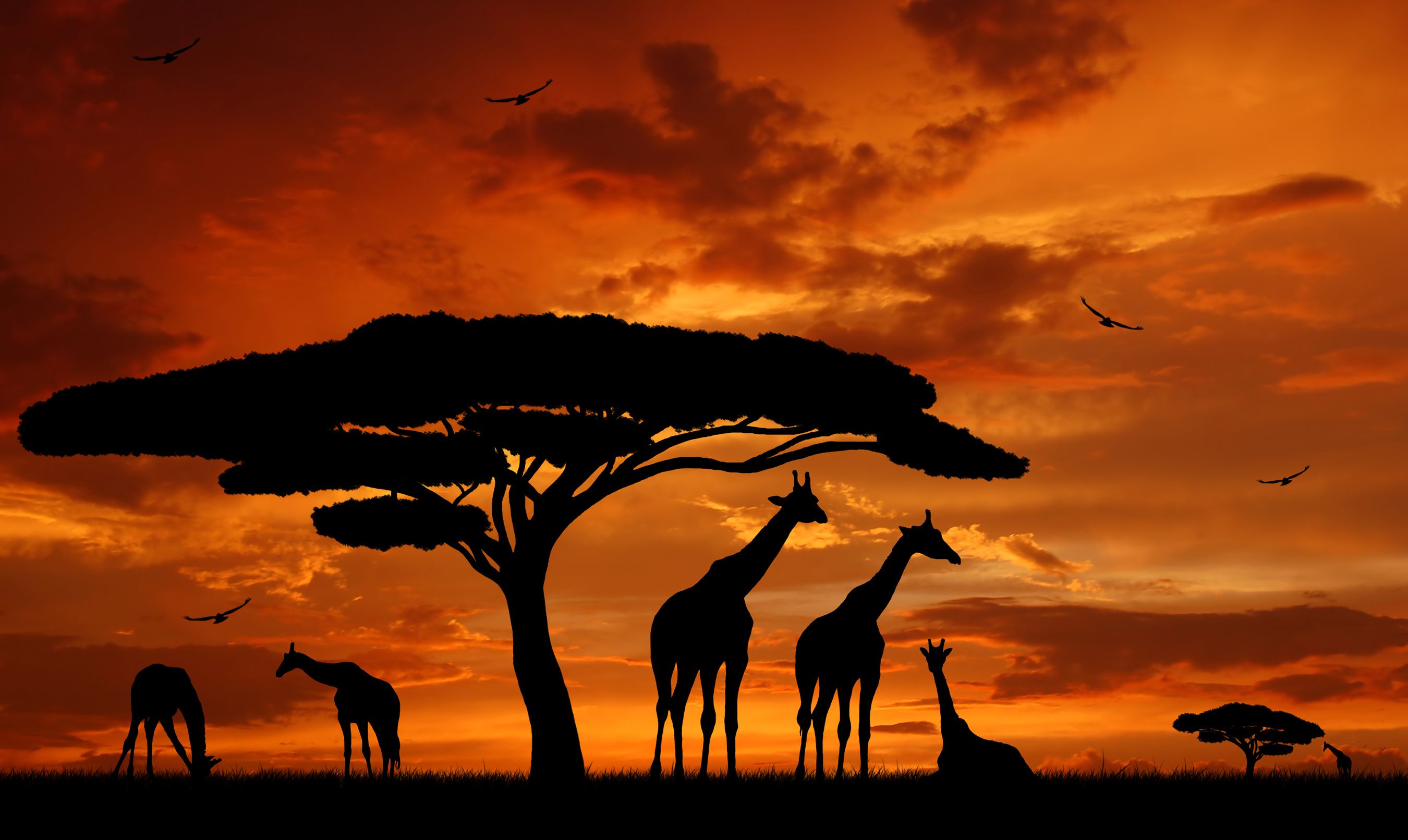 Some argue that the best way to fight neocolonialism is to invest in order to jostle for economic influence. Nevertheless, Russia has sought to convince Africans over the past years of the likely dangers of neocolonial tendencies perpetrated by the former colonial countries and the scramble for resources on the continent.


Russia not only supported African countries in liberating themselves from the yoke of colonialism and attaining political independence but also facilitated in the UN General Assembly adopting in 1960 the Declaration on the Granting of Independence to Colonial Countries and Peoples. It's a landmark document which states that all people have a right to self-determination and proclaimed that colonialism should be brought to a speedy and unconditional end.

Russia has oftentimes criticized foreign players, the United States and European Union members particularly France and to some extent Britain, of adopting neocolonial tendencies and approaches in dealing with Africa. Experts pointed to developments in Central African Republic, Guinea, Chad and Mali. It has now embarked on fighting “neo-colonialism” which it considers a fortified barrier on its way to regain part of Soviet-era influence in and consolidate its relations with Africa.

Obviously, Russia has taken the most difficult task, reminiscent of the Cold War in the 1980s and early 1990s when East-West confrontation was at its heights. On the other hand, many African leaders, the elite and even the youth from the Anglophone, Francophone and Lusophone backgrounds are still loyal and inseparably linked by nostalgic post-colonial master relationship. It relates to furtherance of economic investment, education and training – all controlled by the former colonial powers.

In the wake of changing conditions and challenges in Africa, foreign partners are constantly reviewing their economic prospects and robustly investing in order tackle long-term sustainable development goals, while African countries are making their choices based on their development needs. The result is that observers and opinion-makers struggle to understand the nitty-gritty of who is playing at what, where and how.

Some argue that the best way to fight neocolonialism is to invest in order to jostle for economic influence. Nevertheless, Russia has sought to convince Africans over the past years of the likely dangers of neocolonial tendencies perpetrated by the former colonial countries and the scramble for resources on the continent. But all such warnings largely seem to fall on deaf ears as African leaders choose development partners with funds to invest in the economy.

Prior to his official visit to Sub-Saharan countries – Angola, Zimbabwe, Mozambique, Namibia and Ethiopia – to promote multifaceted ties and find new areas of cooperation, Foreign Minister Sergey Lavrov gave a wide-ranging interview with the Hommes d’Afrique magazine on March 5, 2018. In this interview, he highlighted Russia's foreign policy as multi-directional, the updated Foreign Policy Concept, which President of Russia Vladimir Putin approved in November 2016.

Lavrov reminded that the African direction is one of Russia's priorities, and further praised Africa for its contribution to the development of a fairer and more democratic polycentric world order and to the settlement of current problems.

“Russia actively contributed to the independence of African countries and the development and strengthening of their states. Today, we maintain friendly relations that are spearheaded into the future,” he noted in the interview.

Thereafter, while addressing the staff and students during the beginning of the academic year at the Moscow Institute of International Relations (MGIMO), Lavrov stressed the damaging effects of neocolonialism and its impact on the continent's economy. That external powers plunge a number of African countries including Libya into complex political and economic instability.

He told the fully packed auditorium that Russia marks the anniversaries, both the ones dedicated to freeing every African country, and those dedicated to adopting the landmark UN General Assembly document, the Declaration on the Granting of Independence to Colonial Countries and Peoples. Politicians and lawyers, including judges at the UN International Court of Justice, repeatedly refer to that Declaration while at the same time pointing out that “there are several more territories that have not yet been freed from the colonialists as stipulated by the Declaration”.

Now, many Western countries, who have a colonial past on the African continent, prefer to forget where the problems of contemporary Africa largely come from. Russia believes it is unacceptable to forget about that period or even turn blind eyes to the neocolonial practices and its harmful effects that continue in Africa today.

Russia in fact believes that the process of decolonization is still incomplete. UN General Assembly resolutions and the International Court of Justice demand the completion of this process, for instance and more specifically, with respect to the Chagos Archipelago. Mauritius' sovereignty over it be restored. The sovereignty of Madagascar should be restored over the Scattered Islands in the Indian Ocean and Comoros' sovereignty over the island of Mayotte. This French territory preserves its status despite numerous UN General Assembly resolutions.

In July 2019, the Chairman of the State Duma Viacheslav Volodin addressed the participants of the special plenary session of the Russia-Africa conference, within the framework of the 2nd International Forum “Development of Parliamentarism” organized by the State Duma in Moscow.

At the end of his lengthy speech, Chairman Volodin stressed that “it is necessary to prevent the revival of neo-colonialism, the destructive attitude towards the African resources. To achieve this, the sovereign right of African states to build their own future must be protected. Russia has always advocated and stands for the observance of international law on the basis of the principle of non-interference in the internal affairs of sovereign states".

On taking partnership with Africa to a new level, the Chairman of the State Duma unreservedly noted: “African countries play a prominent role in international affairs and take an active position in solving topical issues of modern world politics and economics. Progress in the economic and social spheres, improving the quality of life of people on the African continent contributes to this.”

Russian President Vladimir Putin has mentioned aspects of neocolonialism in speeches at the summit in Sochi, late October 2019, which was devoted to the interaction between Russia and Africa. Gathered there were representatives from all 54 African states and the leading regional organizations. It was the first meeting of that broad scale, and vividly showed evidence of a mutual desire to promote ties in all spheres and to strengthen the multifaceted partnership between the two regions.

That event opened up a new page, full of multifaceted opportunities, in the history of Russia's relations with African countries, Putin noted and added: “We are ready to continue working together to strengthen mutually beneficial cooperation. But we are also aware of the host of problems facing Africa that need to be settled.”

In his view, “this new stage and this new quality of our relations should be based on common values. We are at one in our support for the values of justice, equality and respect for the rights of nations to independently choose their future. It is within this framework that we will continue to coordinate our positions at international platforms and our joint efforts in the interests of stability on the African continent.”

Russia-Africa relations are based on long-standing traditions of friendship and solidarity created when the Soviet Union supported the struggle of the peoples of Africa against colonialism, racism, and apartheid, protected their independence and sovereignty, and helped establish statehood, and build the foundations of the national economy, according to historical documents.

At the end of the meeting, the participants adopted a joint declaration on the key areas of Russian-African cooperation. The Declaration reaffirms the fundamental importance for the Russian Federation and the African States of the universally recognized principle of equal rights and self-determination of peoples, which has become the legal basis for the decolonization process.

Russia has urged the United States and other countries to follow the spirit of this highly important historical document and to completely renounce their mentor-like attitude towards developing countries. Last December marked the 60th anniversary of the UN Declaration on the Granting of Independence to Colonial Countries and Peoples.